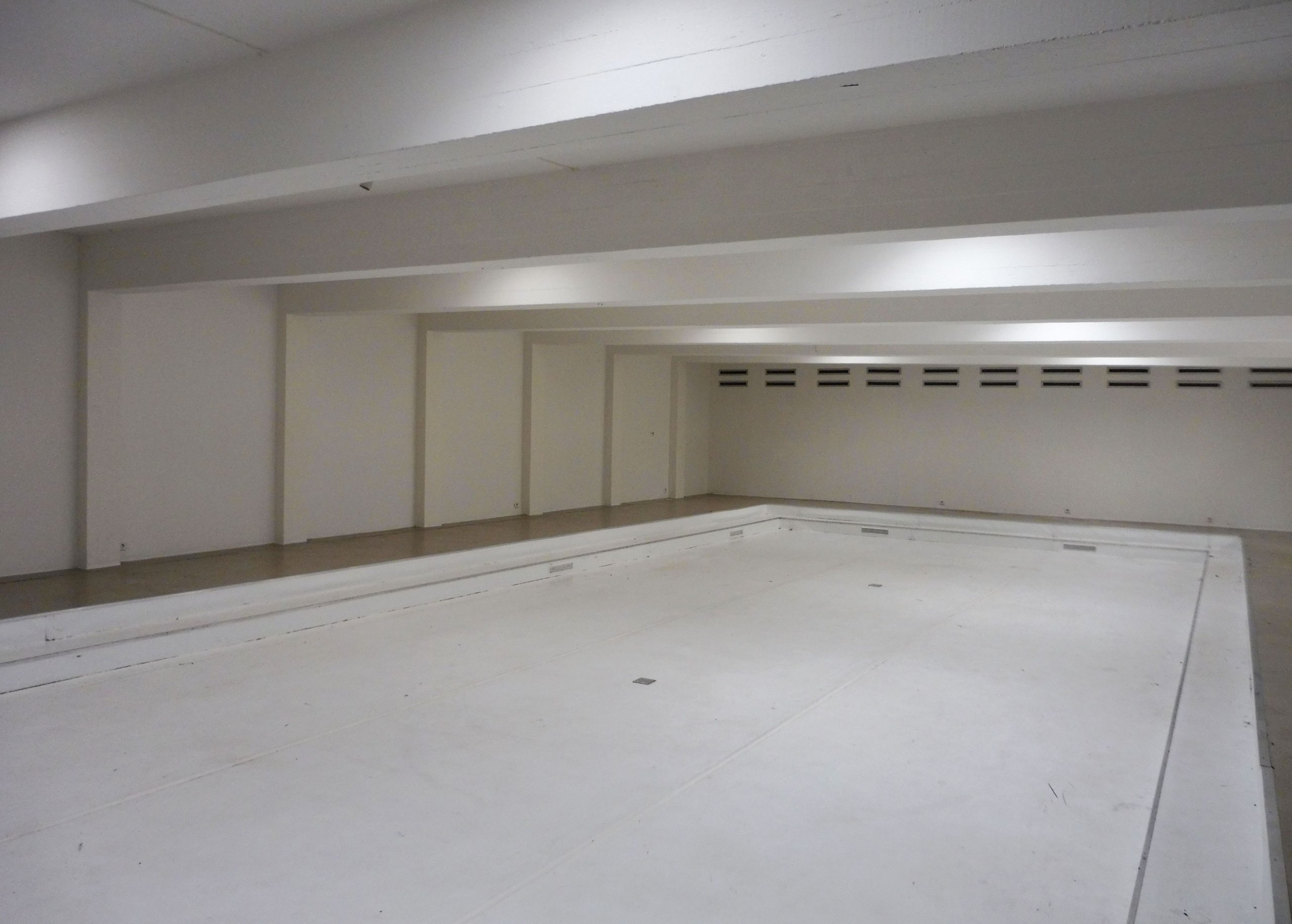 A kind of magic

Welcome to the fascinating world of "The Pool"

A former swimming pool in Düsseldorf’s Golzheim quarter has recently become a culture venue. Exhibitions, concerts, and performances are hosted there, in a place that is just as magical as it is hidden. An unassuming 1960s high-rise building has a stair leading underground, right into the fascinating world of “The Pool”.

A beauty? Well, that’s certainly not what the nine-story building on Düsseldorf’s Tersteegenstraße is. Its balconies panelled in washed concrete could just as well be located in Kiev, in Warsaw, or in Belgrade. They bring an air of brutalism to the Golzheim quarter instead. Orange awnings probably date to the same time as the building itself. That’s 1965. The balconies hold a few planters with greenery. A lampion is swaying in the wind. Some few people are watching the area from across their banisters. The scene appears nondescript at first, common-place, and barely spectacular. However, the building, only 11 metres wide at a length of 48 metres, conceals a virtually magical place behind itself. Reminiscent of nipples, semi-spheres of transparent plexiglass are rising from the lawn there. Some of these skylights have dulled over the years. Others afford a view of a subterranean parallel universe dubbed “The Pool” this year. 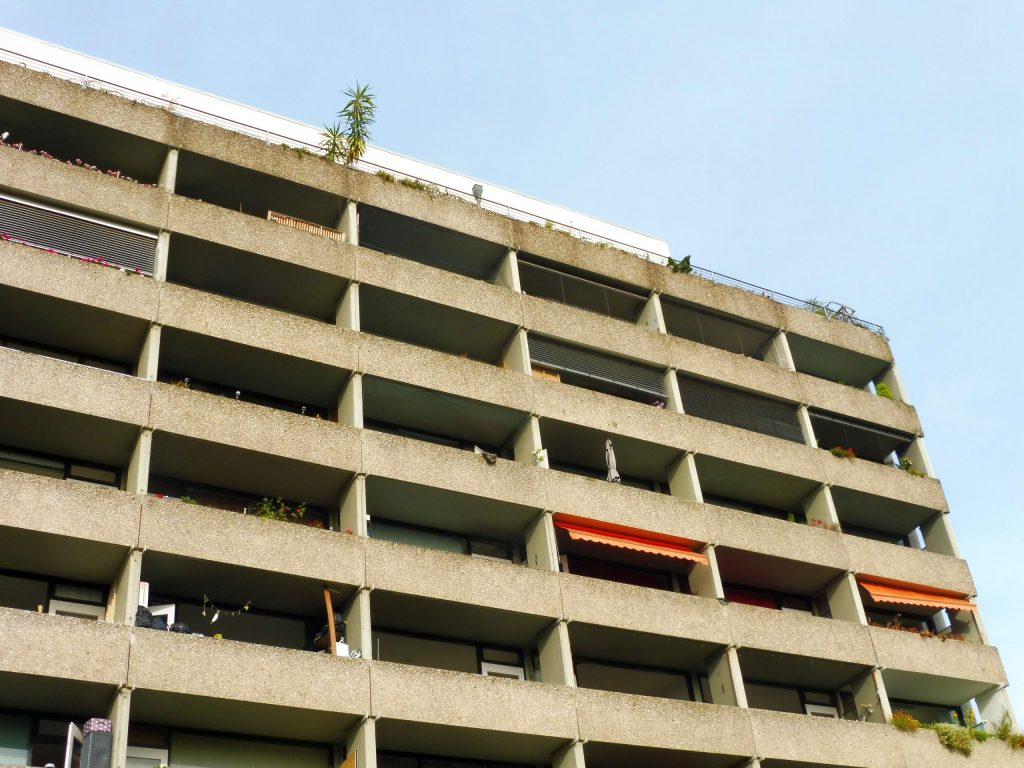 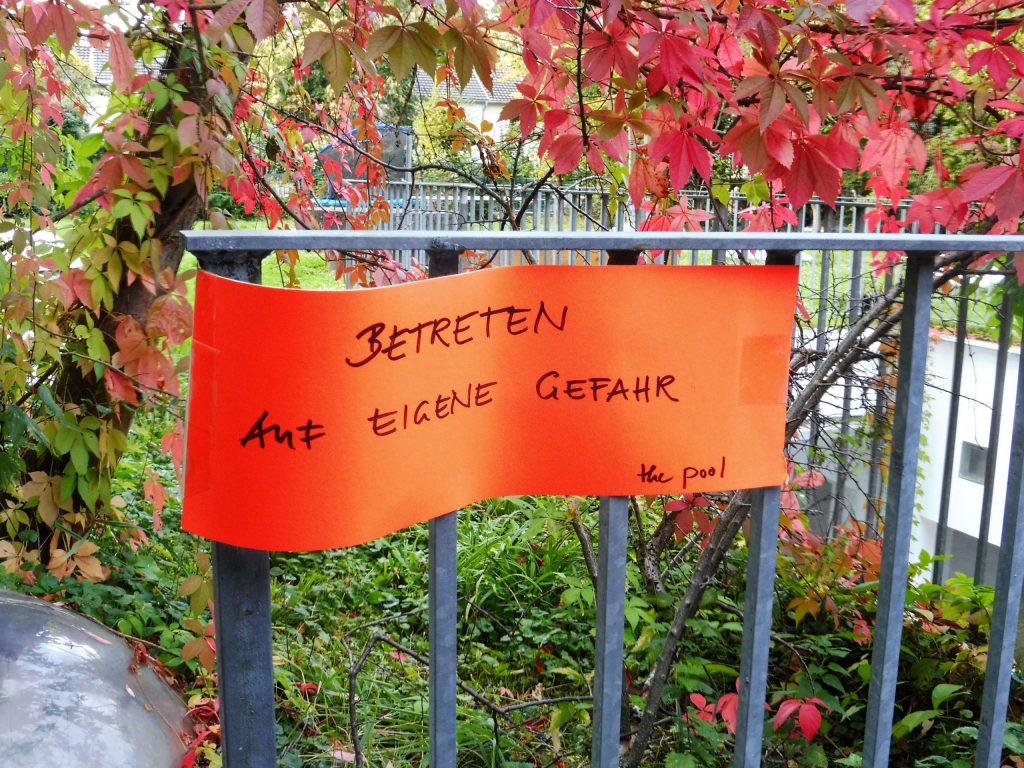 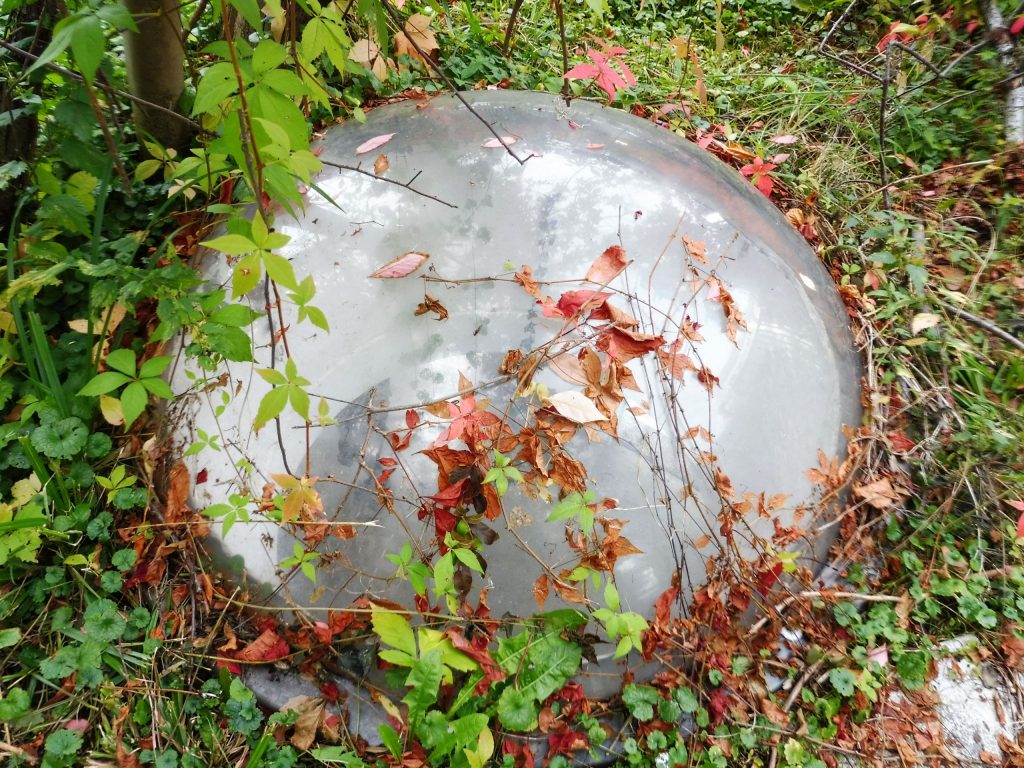 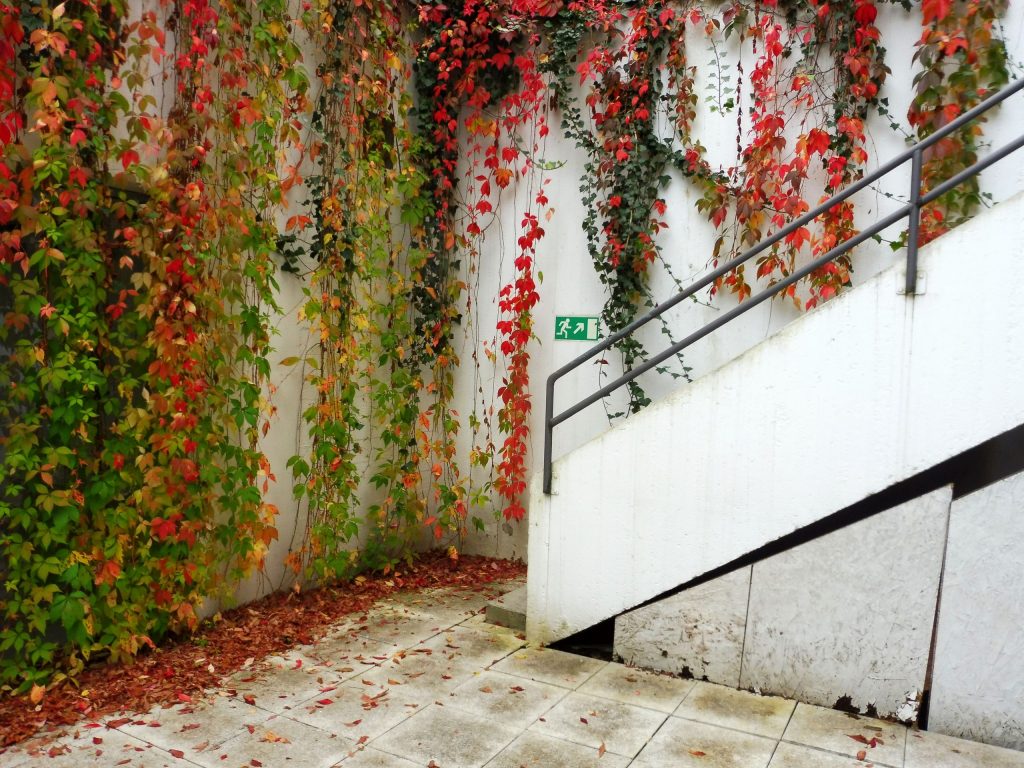 Originally, the roughly 360 square metres large underground rooms were once designed as a swimming bath by their creator. It wasn’t supposed to be public but was reserved to the people living in the adjacent high-rise. They could float down into the underground car park in their bath robes by lift to enter the swimming bath area with sauna through two entrances.

The opening hours are still posted above the connecting door: Monday: 6 to 8:45 a.m. and noon to 10 p.m. It makes us wonder why they closed from 8:45 a.m. to noon. This particular riddle will likely remain unsolved. The pool has long been drained of water, and Paul Maximilian Heinrich Schneider von Esleben, also known as Paul Schneider-Esleben, the architect who brought about this unusual ensemble, died back in 2005. PSE left many architectural traces in Düsseldorf, the town of his birth. Among other things, he designed the Mannesmann high-rise, the Haniel garage, and St. Rochus’ church, as well as the Cologne-Bonn airport. The Golzheim ensemble plays a minor role at best in his architectural legacy. 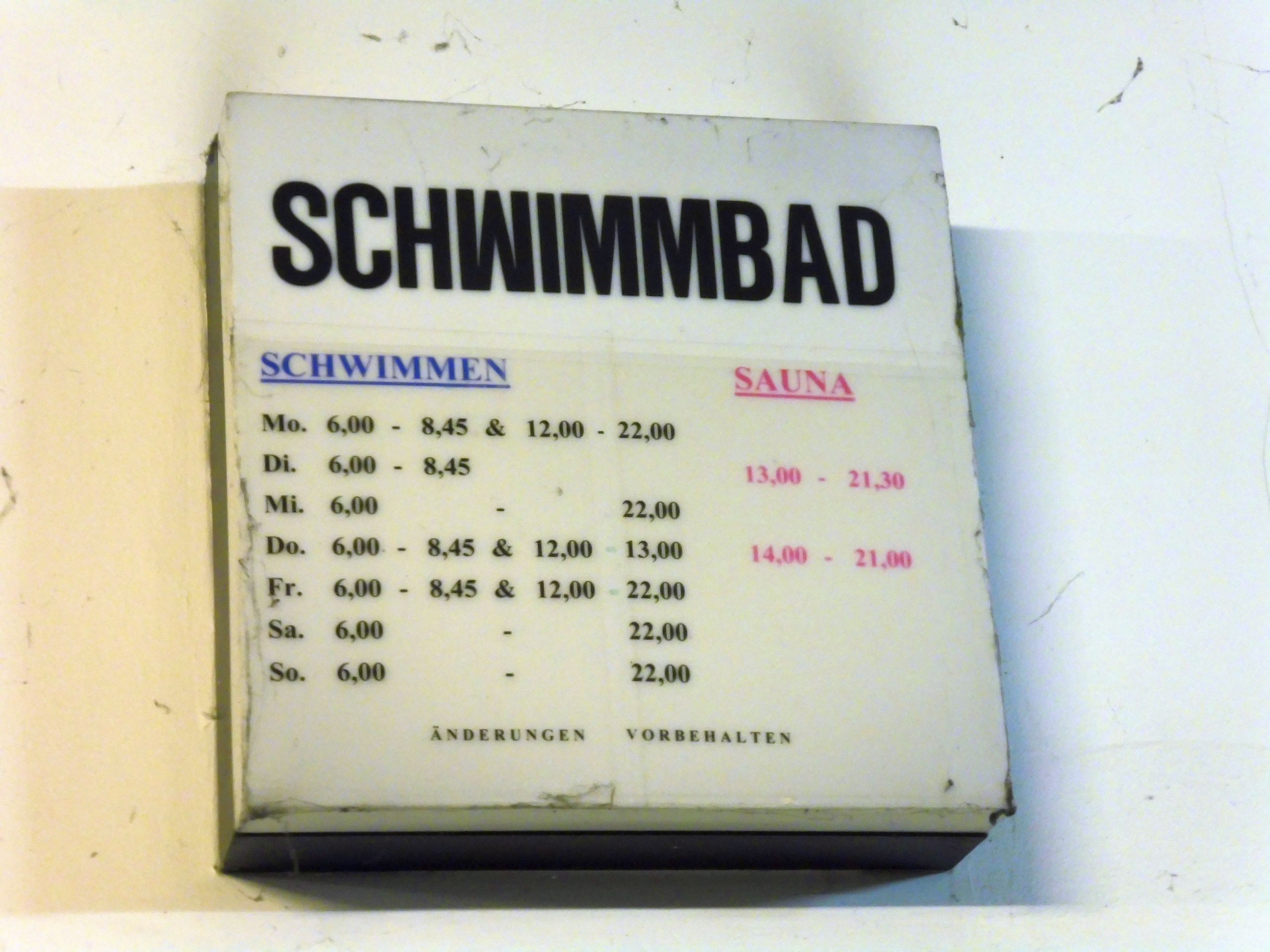 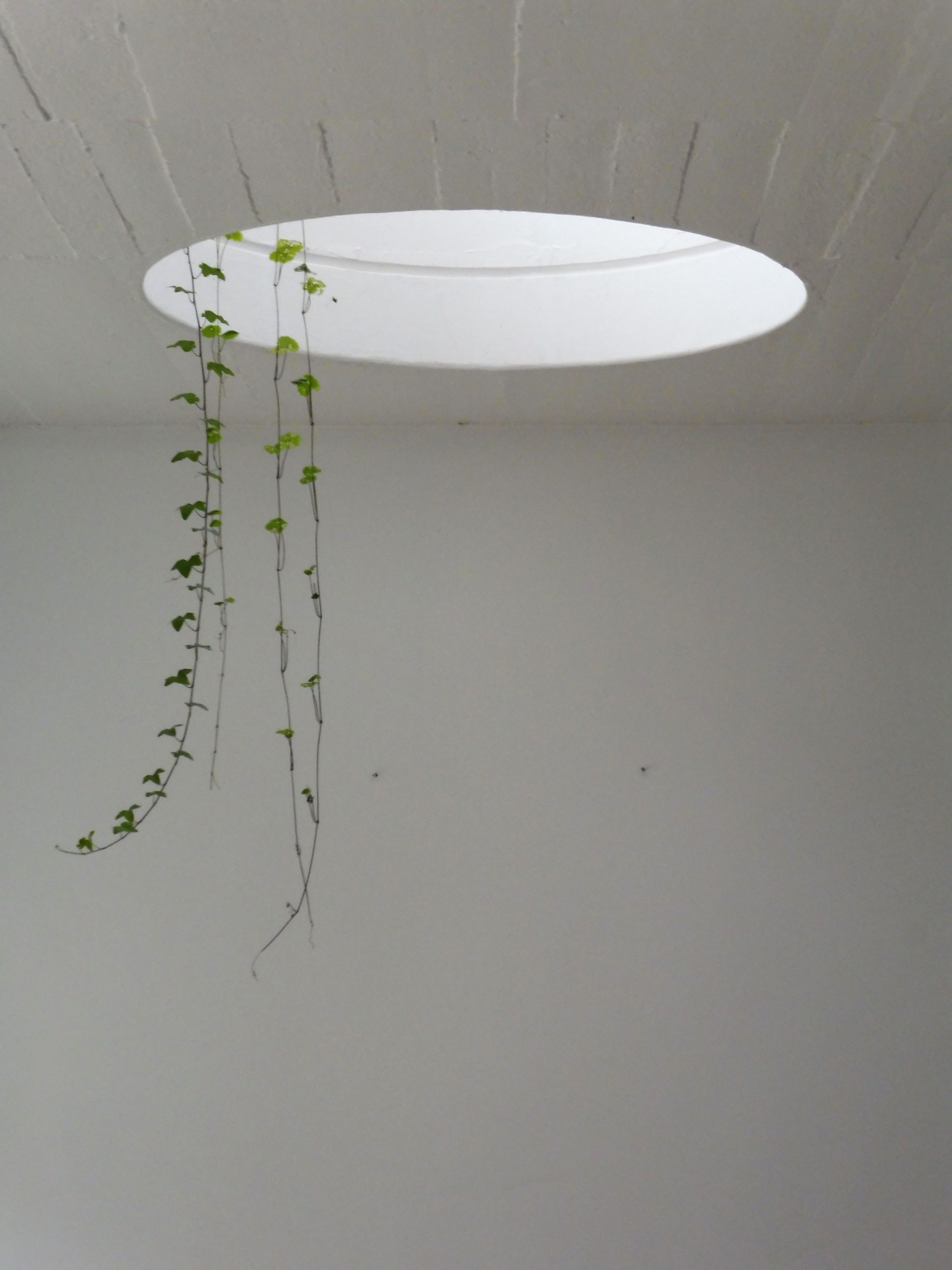 Until his death, the architect and father of Kraftwerk founder Florian Schneider-Esleben was living in a glazed penthouse on the upper-most floor of this high-rise. It comprised 360 square metres of living space, flanked by 170 square metres of roof terrace on the right and 170 square metres of roof terrace on the left. Schneider-Esleben doesn’t seem to have been the humble sort. The view from the top-most floor is gigantic in any case, as Michael Krey knows: “You can see the Cologne cathedral, you can see Garzweiler, you can see the steel tap in Duisburg.” Just like Schneider-Esleben, Krey is an architect. The Danish investment fund that owns the ensemble on Tersteegenstraße today charged him with converting the penthouse in 2020. The former swimming bath is to be turned into residential space as well. Five two-floor apartments are planned there. In the autumn of 2021, the architect supposed that it would be another year or two before construction could commence. He believed that the premises should not be left unused for that long. Then the first lockdown came. Following a year of the coronavirus crisis, Krey and artist Heinke Haberland decided to rent the subterranean rooms together in the interim to use them for exhibitions and other cultural events.

The idea of the first dedicated exhibition “Right here right now” came by coincidence. Krey wanted to acquire a work by photographer Markus Luigs (“Düsseldorfer Perlen”). It was a view of the gate passage on Mintropstraße that used to lead to Kraftwerk’s legendary Kling Klang Studio until 2009. When Krey visited Luigs’ studio in Flingern, he learned that there also were many photographs from inside Kling Klang Studio. Hosting an exhibition in the former swimming bath premises seemed only logical. Rather than the Luigs solo exhibition originally planned, they eventually made it a group exhibition with a total of eight artists, assembled by Gabi Luigs. The opening event took place in August 2021, meeting with great interest. 150 visitors descended under the Golzheim ground on the first night alone, and they loved the art and, of course, the venue as such. “The swimming bath gave Schneider-Esleben a lot more freedom than a residential building would have,” says Heinke Haberland. “It’s looking like a space station on a foreign planet when viewed from above through those plexiglass domes.” One old lady even still remembered the rooms in their original function. Her daughter had once learned to swim in “The Pool”.

A Hologram for the King

The pool from back then is only preserved rudimentarily. The fashion company that used the location as a show room after the swimming bath was closed inserted an additional floor. The pool turned into a catwalk. The rooms have seen many things other than fashion and swimmers, too: Director Tom Tykwer shot scenes for his movie “A Hologram for the King” in Golzheim back in 2014, with Tom Hanks as the lead. Director and protagonist left their mark in the form of autographs on the wall of a side room. The movie supposedly was a flop, or at least Michael Krey thinks so: “I have never talked to anyone who saw it yet.” 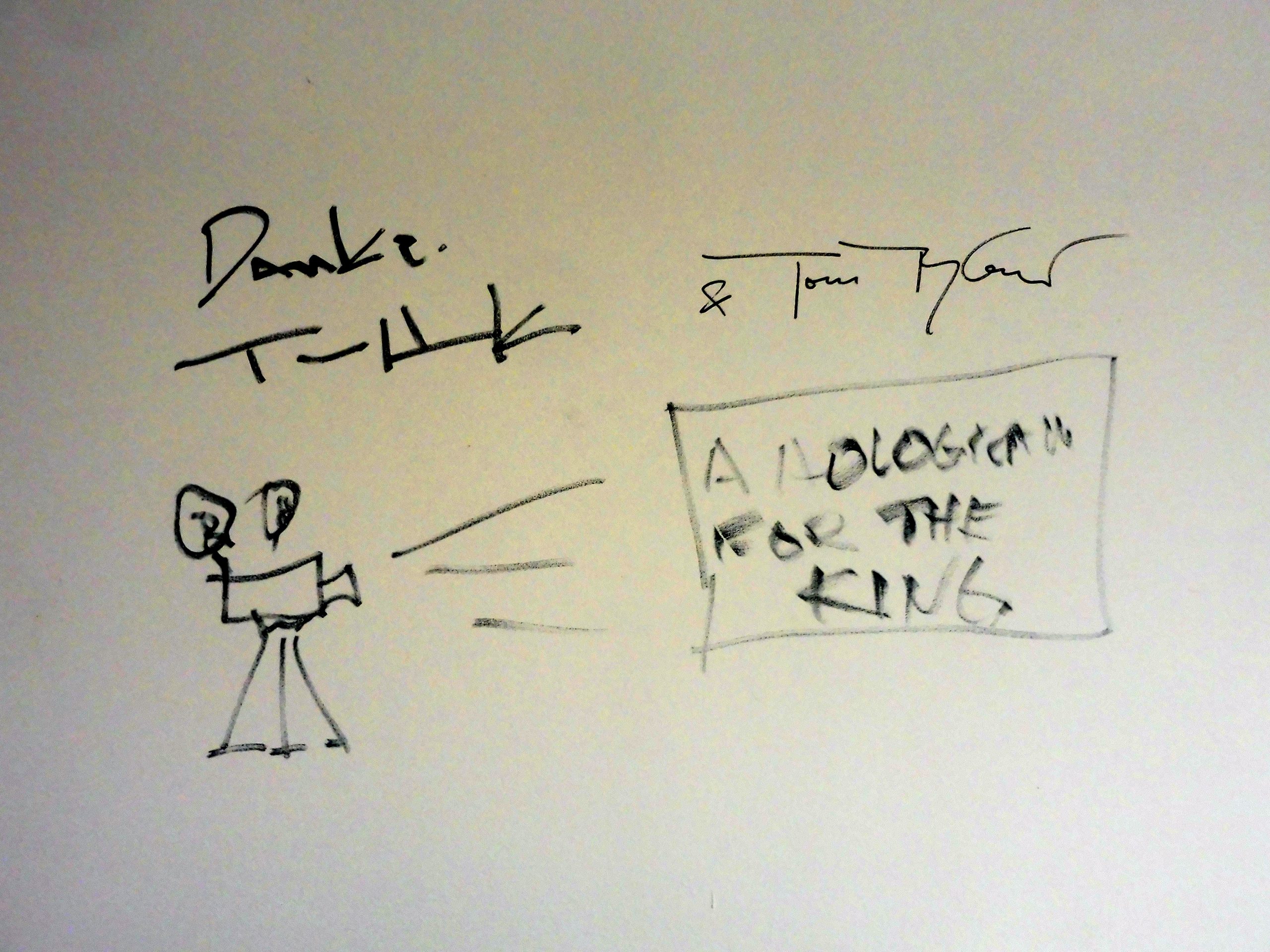 Nevertheless, the anecdote does contribute to the place’s legend. Krey and Haberland, who have quite a few plans for the time remaining to their project until the apartments are going to be built, know that, too. “We don’t want to show only art from the ivory tower there, but also reflect fringe areas of creativity, such as architecture, design, and fashion,” says Haberland. “Simply anything that’s exciting.” For December, the two are planning an exhibition with Düsseldorf artist Shannon Sinclair, whose works examine the role of images in identity formation under current media conditions. Krey would like to follow up with an architecture exhibition put together with his colleague Andreas Knapp of “Küss den Frosch” in 2022. It is to focus specifically on projects from Düsseldorf where existing structures are preserved and rededicated – but not torn down. The university’s graphics design class under Carla Meurer has also been promised an opportunity to exhibit student works in the Tersteegenstraße premises. Krey and Haberland surely have enough ideas to last them for a while. Sill, they’re aware that many things just cannot be presented in their underground location with its very special lighting. “The rooms are so special that the artist needs to be willing to adjust to that,” says Heinke Haberland. “You can’t just come in and put things up like in a museum or a gallery. It’s not a white cube like that.”