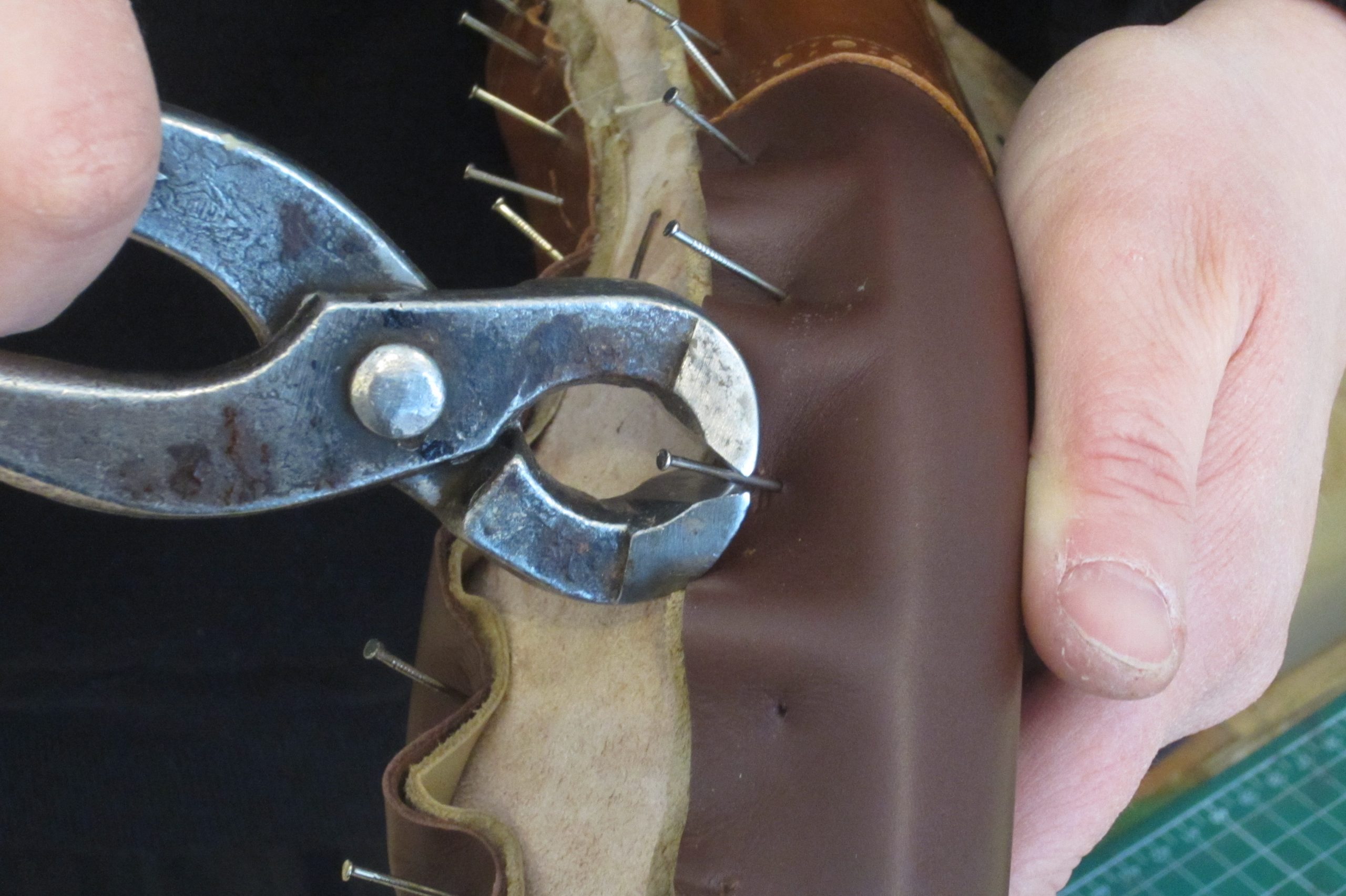 Since 2019, Karina Ranft has been operating her own shoemaker’s workshop in Düsseldorf-Gerresheim under the name of “Kapire”. The business on Heyestraße is a true gem. A visit on site. 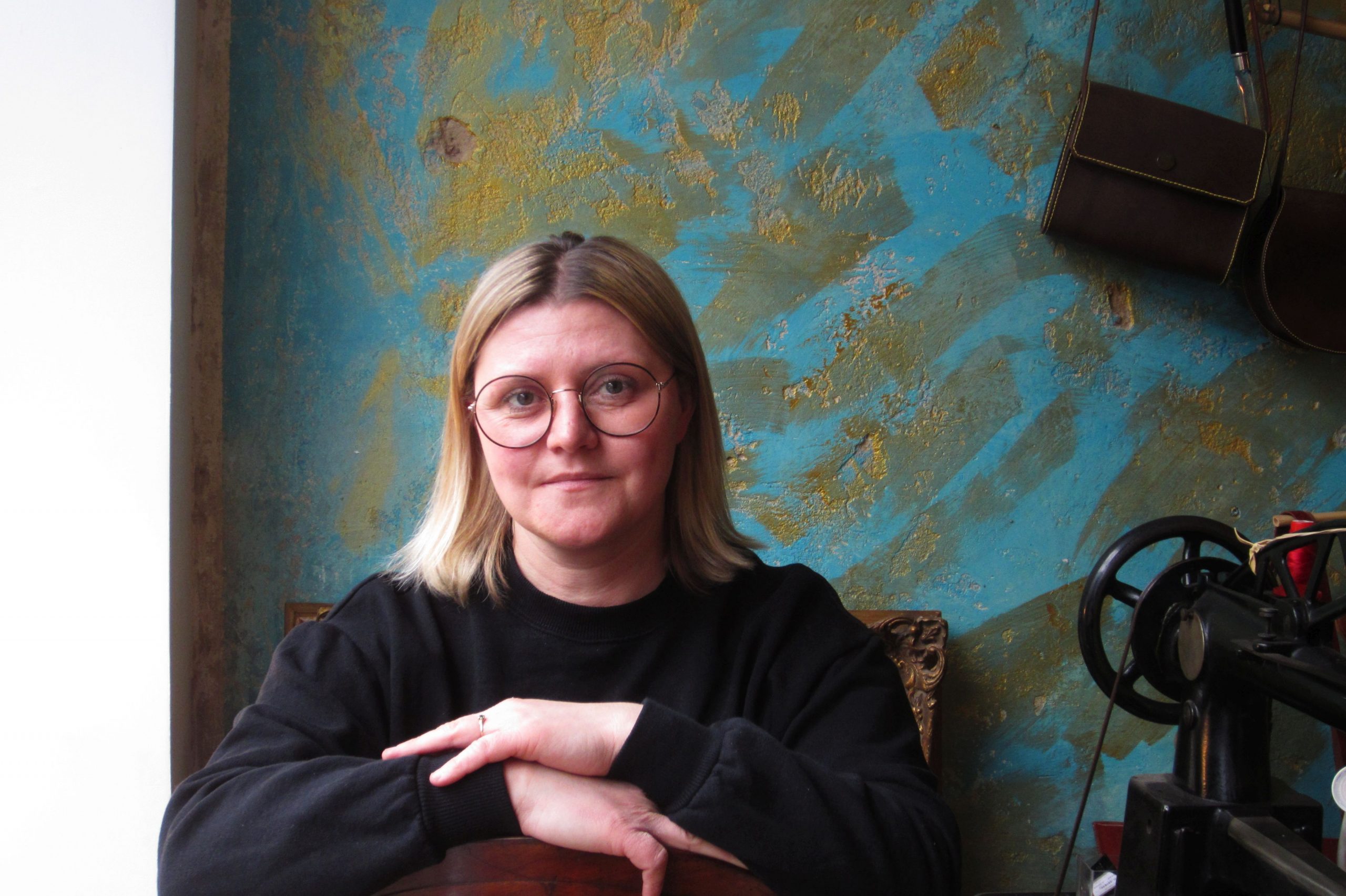 Heyestraße has a traditionally Italian flair. There are many pizza restaurants, bistros, candy shops, and an ice cream parlour from that boot-shaped country near the former glass factory premises that have been waiting for a redesign in vain for years. A shop window between the former launderette, temporarily used by students of the Düsseldorfer Kunstakademie, and the “Zum Adler” restaurant captures the passer-by’s attention as it presents just those accessories that draw high-pitched squeals from women in cliché-laden commercials: ankle-high converse-lookalikes made of a folkloristic South American rug. White leather sneakers with a pink letter K applied to their sides. Summer-style sandals. Beyond that, there are some simple leather bags, belts, and a stand with colourful motive socks.

“Always had a soft spot for shoes”

Inside, Karina Ranft is currently cutting a piece of white embossed leather to size to make it part of a shoe. She uses a ruler to measure the material before carefully marking it with a pencil. Joris is singing in the background, and the smell of glue is heavy in the air. “I always had a soft spot for shoes, and for fashion in general,” Ranft explains. On this stormy Friday, her clothes are rather unremarkable: a black sweater over a long, black skirt. Her shoes, however, stand out: Ranft is wearing pale green fabric shoes from a well-known manufacturer, spiced up on the sides with borders. “It’s really ribbon,” she laughs. She has noted her label’s name on the white sole with a sharpie: Kapire. The word is made up of her first name, her Polish maiden name, and Rheinberg, where she was born. “That name existed long before I opened this store,” says Ranft. She had known early on that she was going to be self-employed someday. After finishing Realschule  secondary school, she spent a decade working in an electronic store before starting a new career at 27 by apprenticing as a shoemaker. She spent the first year of her apprenticeship in a shoe factory in Langenfeld. “You end up doing the same work step over and over again for weeks on end, as if on a conveyor belt,” she says. After that year, she had had  enough of industrial work. The rest of her apprenticeship was completed with a shoemaker in Mettmann, who even organised an exchange with a Moscow company for his apprentices, enabling Karina Ranft to spend four weeks of her second year as an apprentice working in the Russian metropolis.

A very special pair of shoes was created there during those days: The light-brown ankle boots of cowhide leather with metallic-red pattern may be the perfect eye-catcher in an environment where there is plenty of beauty to be found all around. Karina Ranft made them for herself. She had designed the shoes with inspiration from her Moscow environment, she says. “Women in Russia – in particular the ones with money – wear a more extreme style.” Ranft only wore the shoes a single time, for a shoe fair’s party. “They don’t fit me anymore, unfortunately. My pregnancies have made my feet grow by a full size.” However, the shoemaker can live with losing one pair. Her shoe shelf at home holds, as she says after briefly trying to evade, “surely 60 pairs of shoes”. The white sneakers with the pink K that decorate her shop window were also made for herself originally. However, she is willing to sell them now. A very happy woman would be able to take them home for 800 euros. 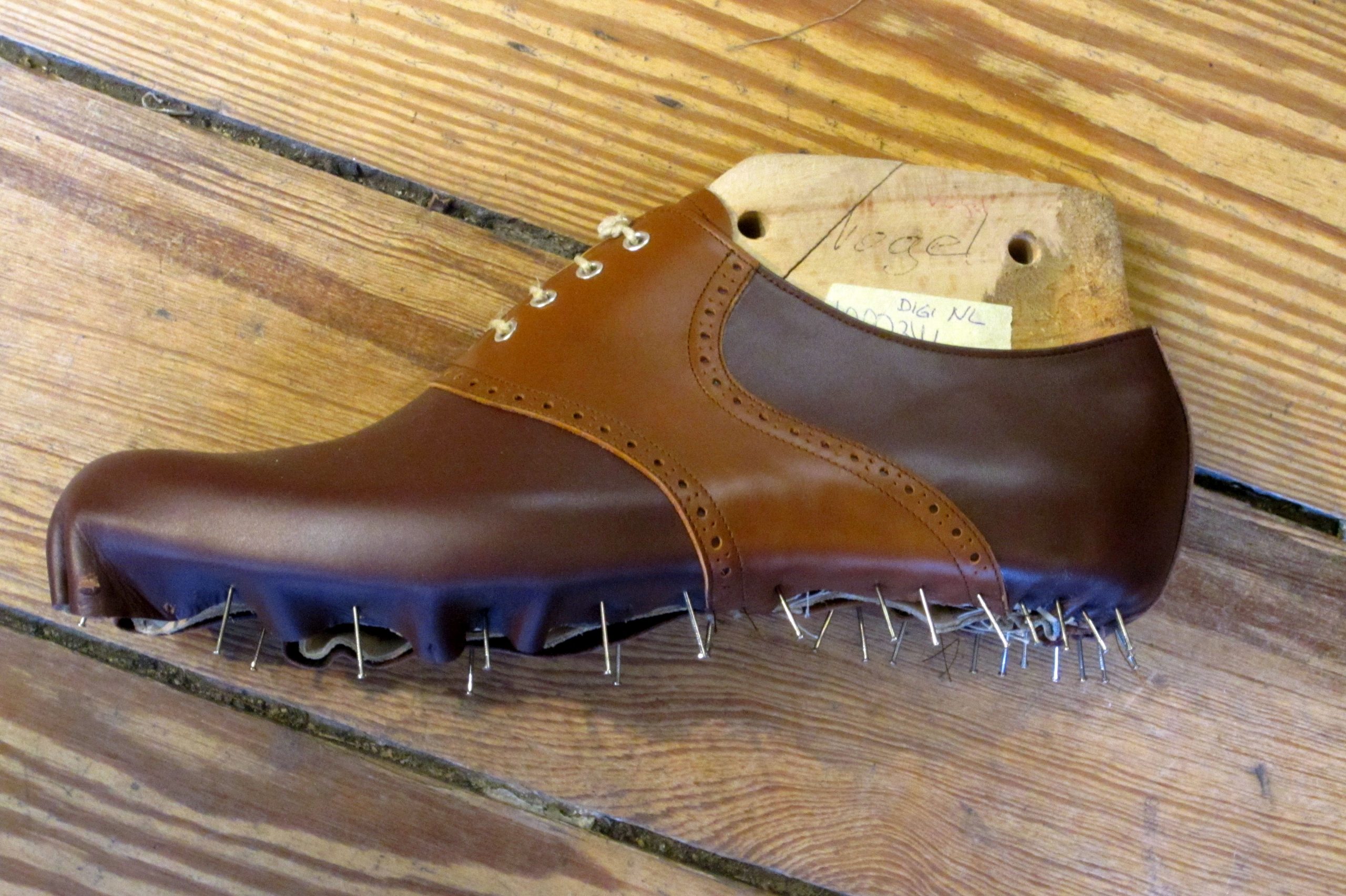 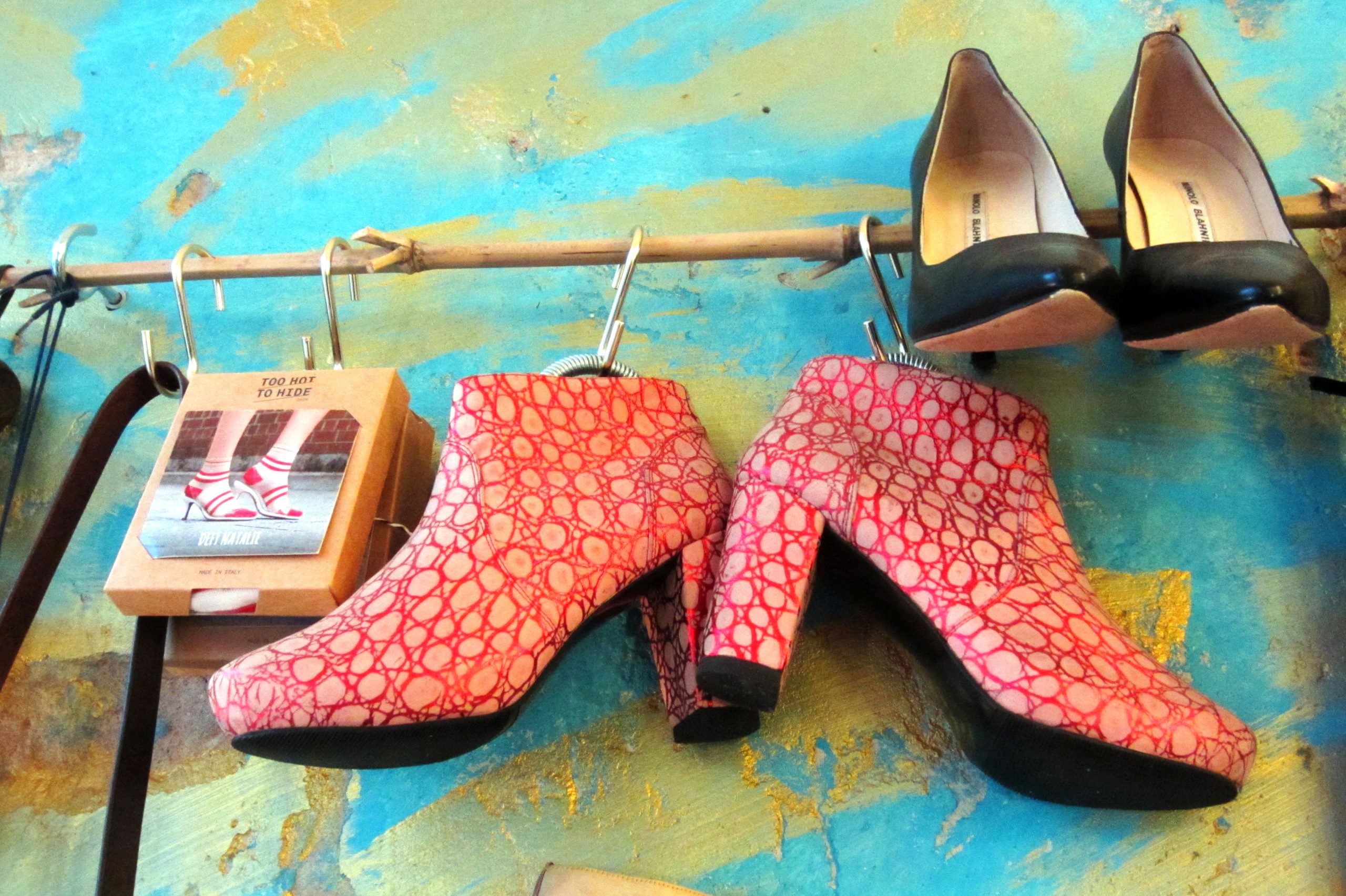 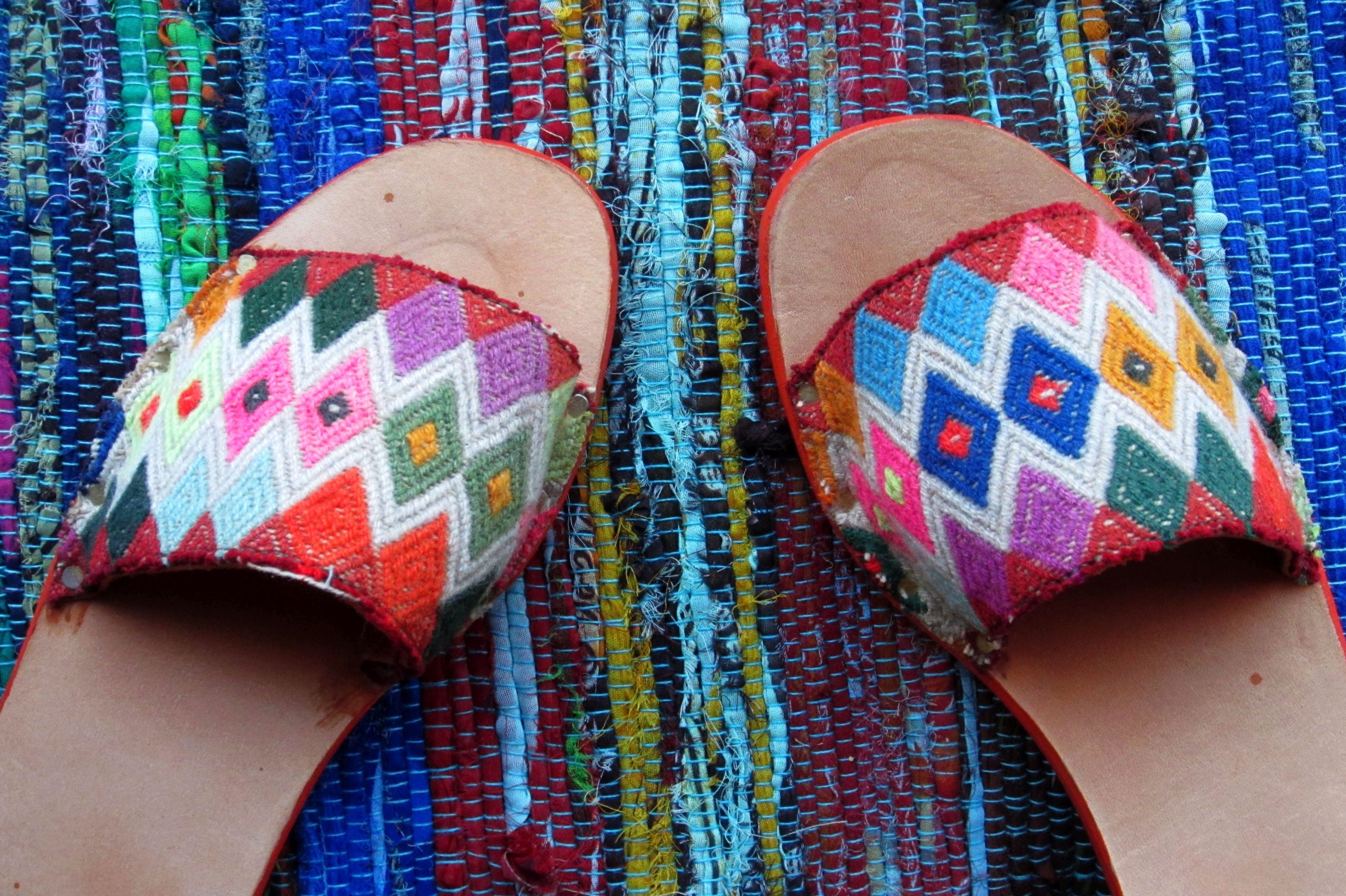 “Slow Working is the motto here”

Proper bespoke shoes are much more expensive, Ranft explains. “That starts at 1,800 euros.” Even in Gerresheim, with its upper part traditionally the home of many well-to-do people, has only few who are willing to pay that much. A corporate consultant from the neighbourhood treated himself to a pair of black derby men’s shoes for his round birthday – and it seems that he was happy with them. “We’re currently making a second pair for him.” This time, the customer chose a brown saddle shoe. Ranft shows us the leather, already stitched together, fastened to the wooden mould of the customer’s foot, called a last, with nails. Ranft spends about sixty hours on a shoe made to measure. Her work is interspersed with fittings, followed by small corrections of the wood last. “Only when the last is perfect will the shaft be made.” The production process can take up to a year, but none of her customers so far have minded that. In any case, Ranft firmly subscribes to the idea that patience pays off: “Slow Working is Kapire’s motto. Things won’t turn out well if we start being stressed.”

“We will try to repair anything”
More than two years after she founded her business, repairs continue to make up most of her work. That area also brings some quite complicated tasks with it. One customer, for example, brought a pair of very expensive ballerinas that her dog had chewed up. “We put on a new tip and saved the dog from the animal shelter,” Karina Ranft laughs. Other customers also bring some unusual wishes to the shop on Heyestraße. One woman no longer liked the pointed shape of her pumps. Another customer desired a leather laundry basket. “The great thing about this profession is that it is so very diverse and that you keep finding new challenges,” the mother of two explains. Ever since the subject of sustainability has become popular, customers also often prefer repairs to purchasing something new. Why throw away beloved shoes just because the sole has worn off, the zipper is broken, or a pet had a craving for shoes? “We will try to repair anything,” Ranft says. She’s never failed so far. The cobbler is planning to stick to her lasts in future as well: “I just love working with my hands.” 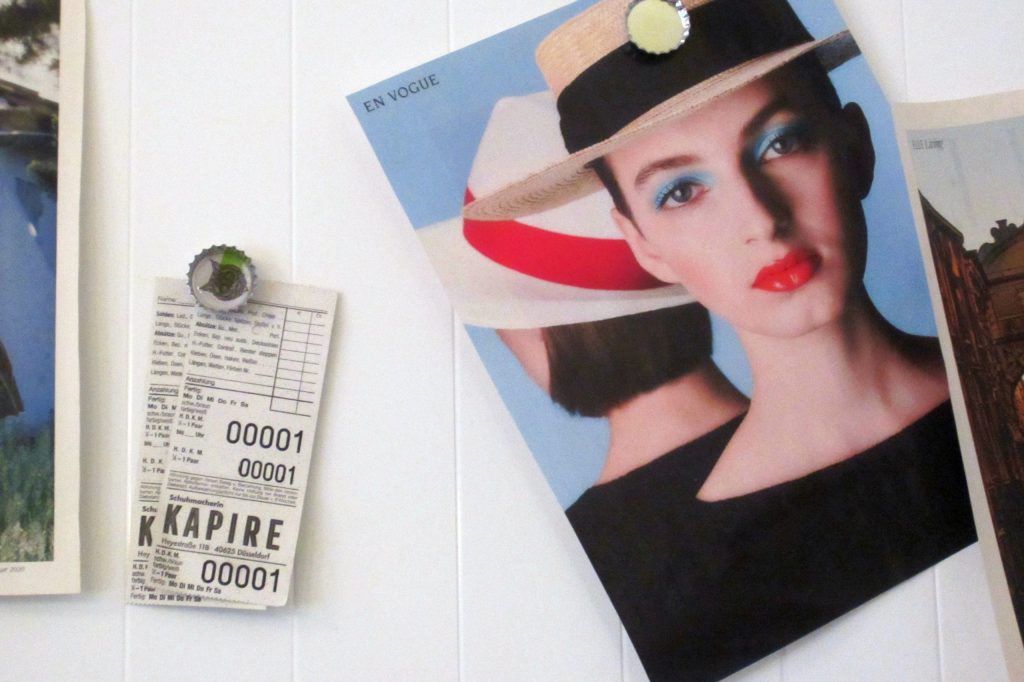 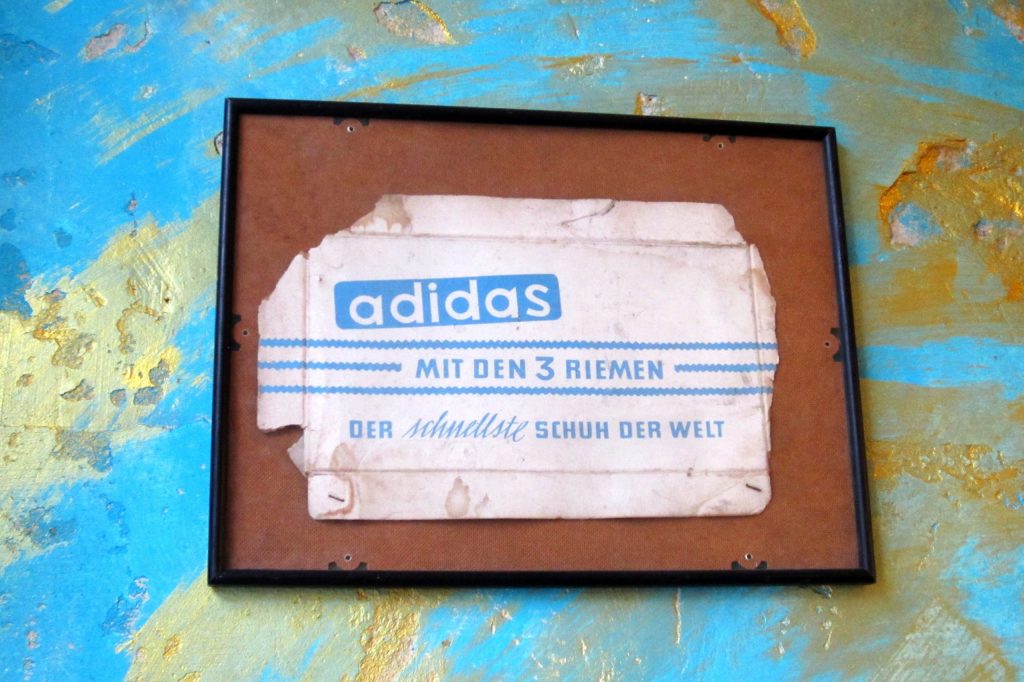 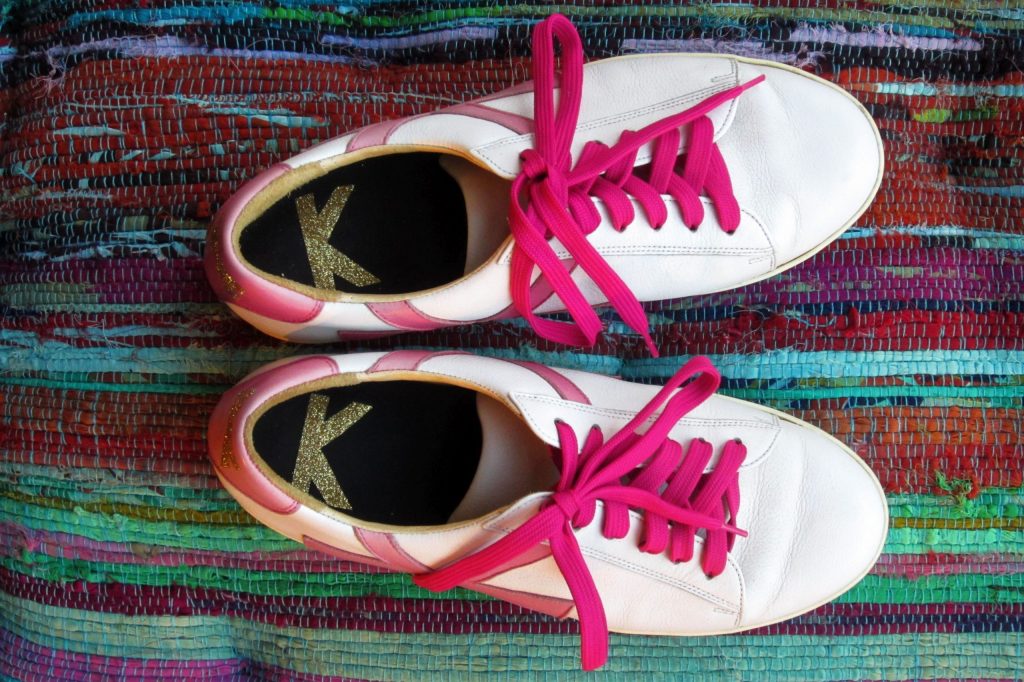