For the fourth time, the urbanana-Award honors six out of numerous ideas and projects that are shaping city tourism in North Rhine-Westphalia with forward-looking new ideas. The applications submitted show how cross-sector collaboration between tourism and the creative and digital industries can work successfully. These are the six winners of the urbanana Award 2022 who, according to the jury’s vote, are the most outstanding ones. The award ceremony took place in Dortmund with the participation of the North Rhine-Westphalian Minister of Economic Affairs, Prof. Dr. Andreas Pinkwart 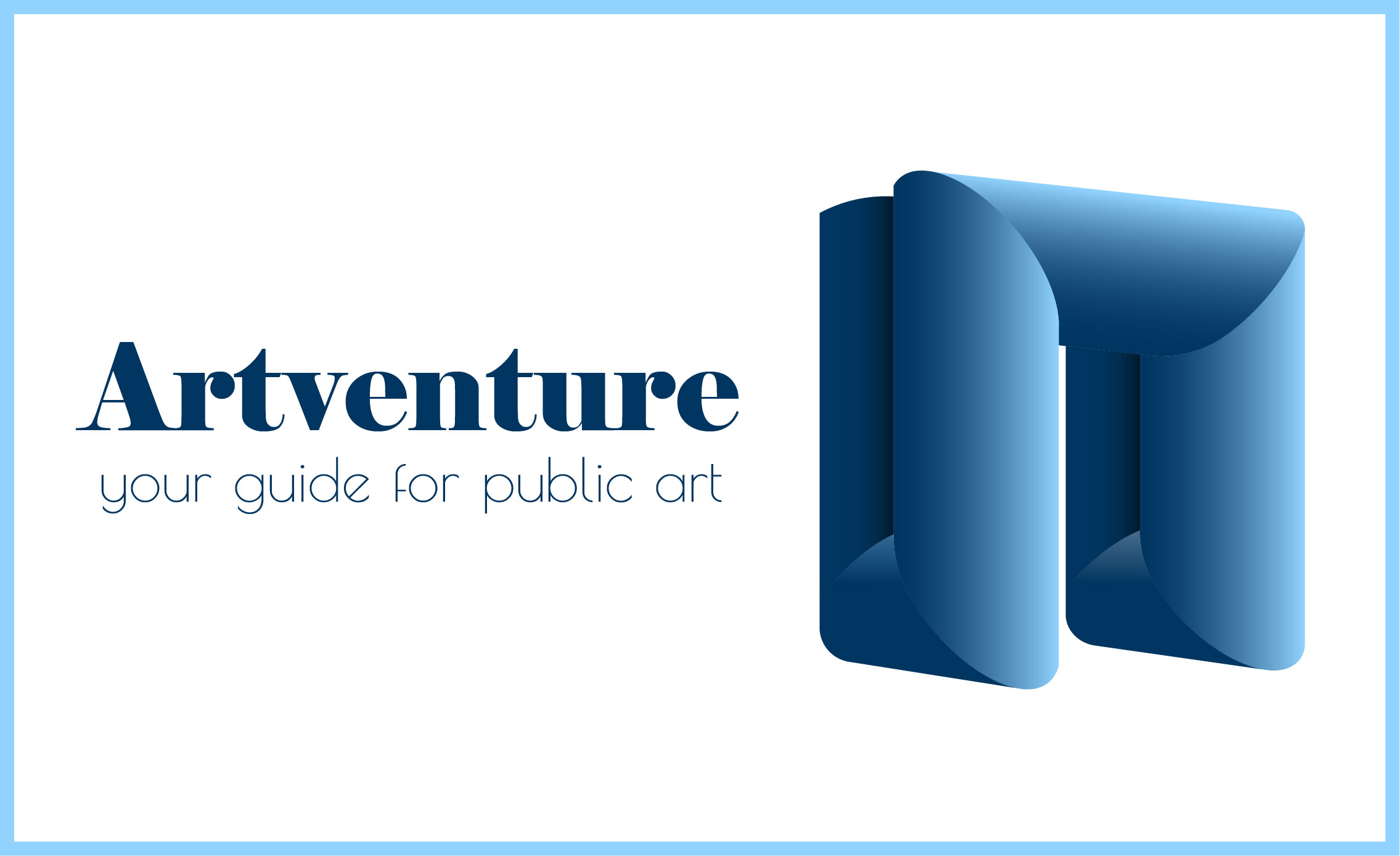 The idea for Artventure was born in early 2021, and since then a team of three students from Ruhr-Universität Bochum and TU Dortmund University has been working together to realize the project. An app is being developed that is intended to make art in public spaces more accessible, more entertaining and more understandable for everyone.

Art is an important part of our urban society. Sculptures in parks or murals on house facades are just as much a part of it as, for example, light artworks in public places. The works of art are diverse and numerous, yet they share a common problem: they are all too often overlooked or not understood. This is because until now, there has been no place to search for all public artworks across Germany to learn more about them. On top of that, there is almost never any information about the artworks themselves. Not even the name of the artwork or even further information about the construction method or the meaning of the work can be found on site.

Because there is no information, there is no interaction with the artworks and many people think that they cannot do anything with art because they do not understand it.

To counteract these problems, the app Artventure is developed, in which art offers are listed on an interactive map. The initial focus of this app is on art in Bochum and surrounding cities. Gradually, other cities will be added, so that a NRW-wide map will soon be available, followed by a Germany-wide map. However, users will also have the opportunity to suggest artworks, write informational texts and upload photos according to the principle of crowdsourcing.

A key feature of the app is the route function. Via GPS, users can be guided through a city and listen to or read information about artworks. In this way, art enthusiasts can learn more about the art in their vicinity and gain a new perspectives on their surroundings. The beta version of Artventure is already available for Android in the Play Store and can be downloaded for free. 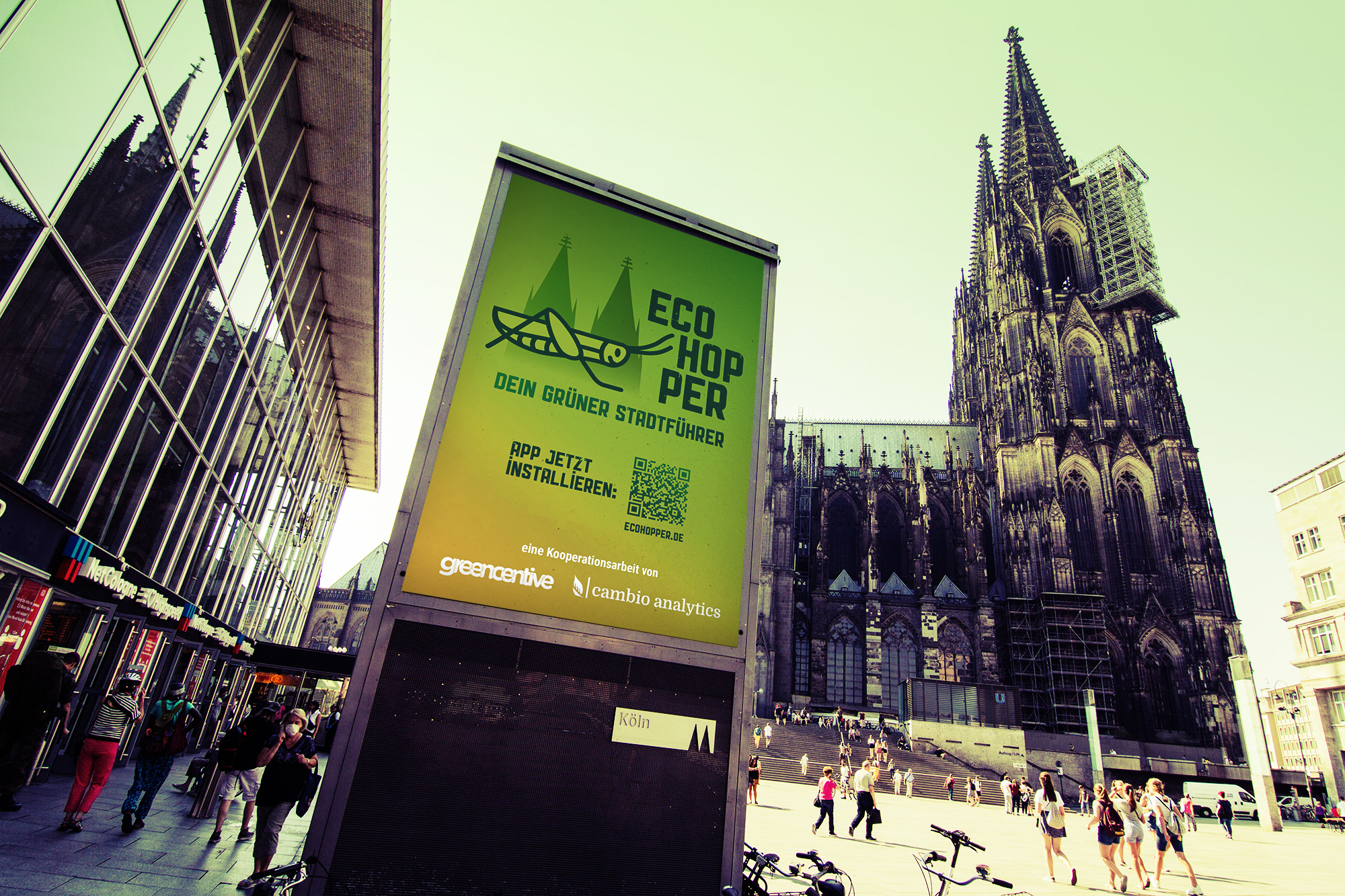 The EcoHopper app is on the one hand a city guide with GPS function and on the other hand a regional platform bringing ecology and sustainability to the city.

As a platform, the EcoHopper collects sustainable stores of various kinds as well as citizen projects and thus makes the local offer for Cologne transparent. It takes into account the interests (e.g. sustainable furniture, fair fashion, vegan, …) of the user and also includes a calendar of events, which points out events from the green scene: whether garbage collection action with the K.R.A.K.E, upcycling workshop in the Igloo, climate demo or the next EcoHopping. The city is developed on a large scale, which also brings the individual neighborhoods into focus.

In addition to being able to find different stores and events by interest, neighborhood,means of transportation and time schedule, the app can take over a complete city tour taking into account the user’s individual needs, rating of stores and optimal route planning.

Especially for urban eco-tourists as well as for the interested Cologne resident, the app is a must! Discover places you never knew existed in Cologne. 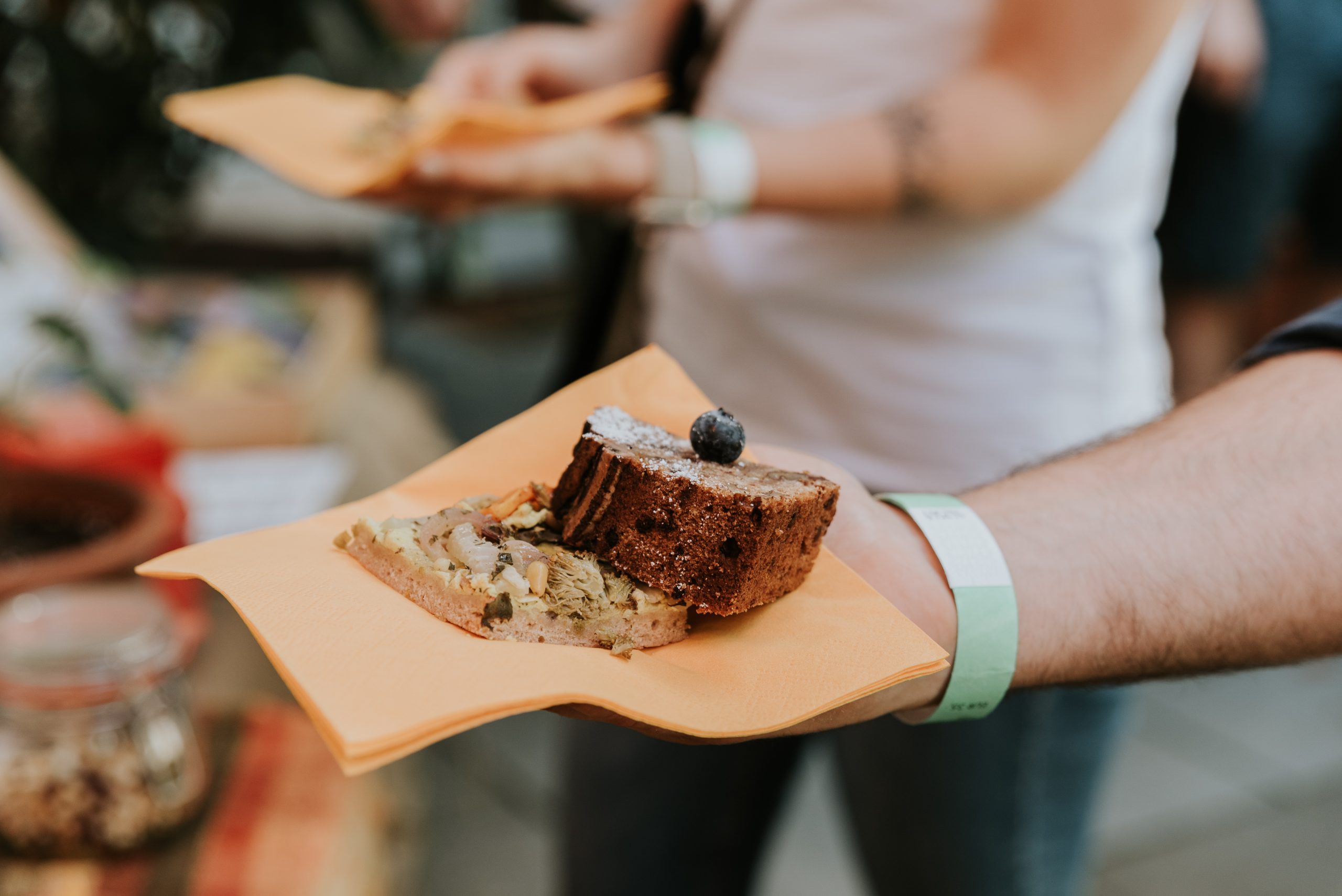 Taste a city anew on the Culinary Scavenger Hunt

The Culinary Scavenger Hunt is a unique pleasure tour for all ages. Participants taste a city anew – alone or with friends, on a bike or otherwise. In up to 12 personally selected restaurants, cafés, delicatessens, bars or manufactories, they receive special culinary samples free of charge. This can be a salad, a soup, a quiche, a cupcake, a glass of wine or even a small tasting – depending on the culinary flagship of the presenting store. All participating stores always offer a vegetarian or non-alcoholic alternative as well. After all, there should be something suitable for every participant. For friends of the purely vegetable kitchen there are meanwhile also vegan Kulinarische Schnitzeljagden.

The participants have time on a fixed Saturday between 11 and 18 o’clock to visit the stores individually in their own speed. So they decide for themselves where to start and end the tour, which stores to visit, and how long to linger at each store. It is therefore not a guided tour.

All participating stores and their contact details will be published on the website for orientation purposes. Two weeks before the tour, bike-optimized route suggestions and a list of all participating stores, including their addresses, will be made available for download. Thus each so-called Schnitzelj?ger can plan already in the apron its benefit day.

Experience has shown that the majority of participants travel by bike. The participants get to know their city from a different perspective. A total of up to 400 scavenger hunters are on the road at any one time during the day. Due to the approximately 12 stores and the suggested routes, which are usually between 15 and 25 kilometers long, they distribute themselves optimally in the city. All participants wear a colored event wristband. In this way, participants can also recognize each other, which allows them to get in touch quickly and easily. 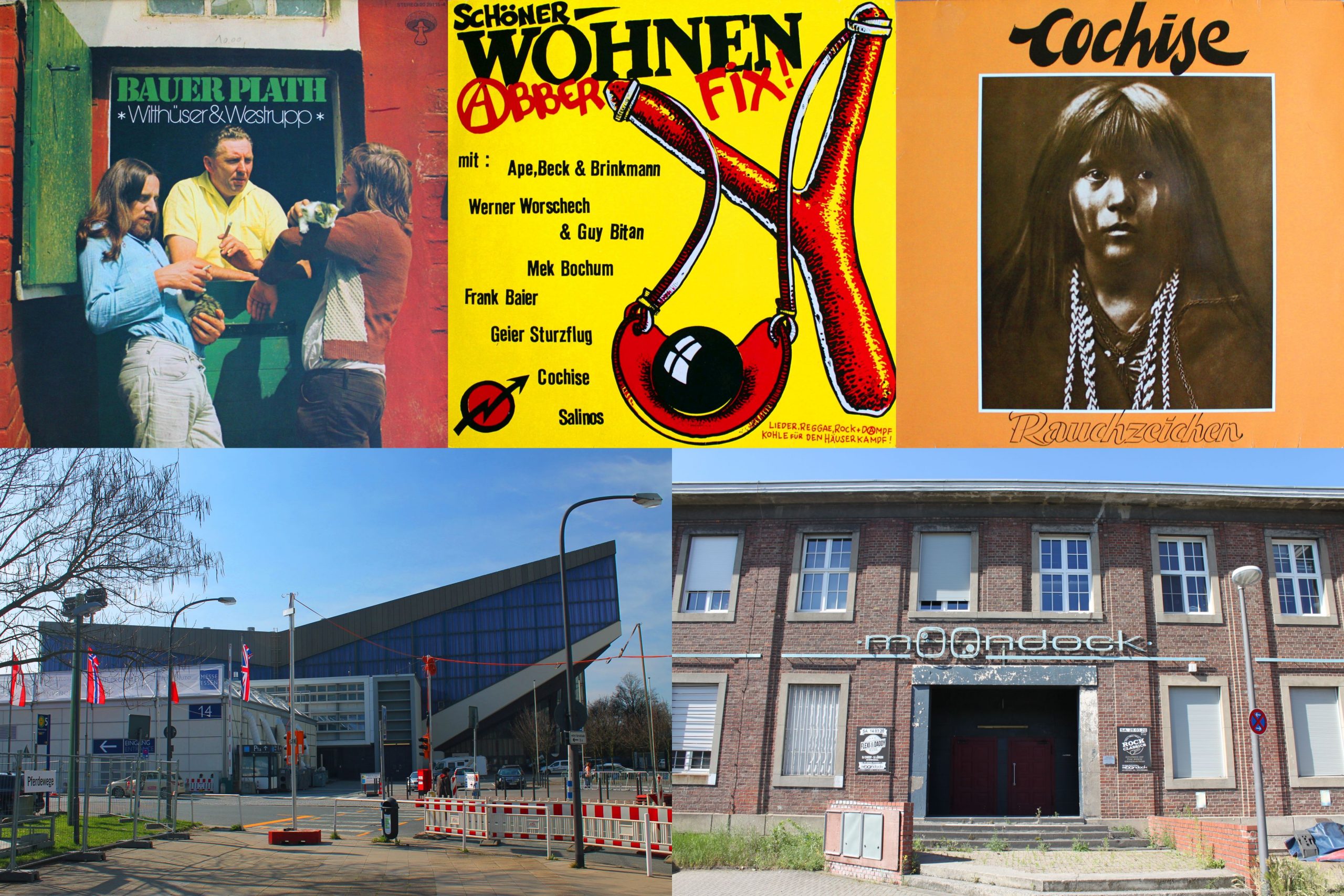 Life is music – music is life. And the pot is boiling! Sometimes it boils over, like during the rock ‘n’ roll riots in Dortmund at the turn of the year 1956/57. Recklinghausen was the Mecca of beat fans in the 1960s. In October 1981, a solidarity concert for squatters in the Ruhr region was held in the honorable Stadthalle Mülheim. Hagen was one of the epicenters of the “New German Wave,” Bochum is associated with Herbert Grönemeyer, and Essen is a center of trash metal.

The Grugahalle is the pop-mythical heart of the Revier. Here, on June 25, 1966, were two of the Beatles’ only six concerts in Germany (after their Hamburg period). The International Essen Song Days at the end of September 1968, where Uschi Obermaier and Rainer Langhans, the iconic couple of the ’68 movement, met, are considered the birth of independent German rock music. The legendary Rockpalast nights were broadcast from here, keeping millions of fans awake until dawn. The Westfalenhallen Dortmund was one of only four locations worldwide for Pink Floyd’s The Wall Tour. The major techno event “Mayday” has been held here since 1993.

And neighboring the Ruhr metropolis is Düsseldorf, a true Eldorado in terms of music history. In their homeland, the early bands of the Düsseldorf School such as Kraftwerk, Neu! and La Düsseldorf were already celebrated as visionaries elsewhere. The Düsseldorf Art Academy is considered the nucleus of electronic music. Artists and students met in the evenings at the avant-garde club Creamcheese, known for its progressive sound, or at Ratinger Hof. This became the birthplace of “German punk” after its radical transformation in 1976.

Note: Those with Internet-enabled mobile devices can enjoy appropriate film clips during the tour. Rock on!

In Düsseldorf, we already have some beautiful murals. But there should be more. In particular, it would be desirable if more pictures by international artists helped shape the face of the city. The works by Pixelpancho, Jana&Js, case and Orticanoodles that already exist in the city have great

appeal, even beyond the city’s borders, have been reviewed in various online magazines and are photographed by visitors to the city and shared on social networks.

Unfortunately, some of the walls that have already been transformed into works of art are located in streets and neighborhoods that are not so heavily frequented by visitors. Thus, visitors to the city must be guided to these works of art. This is currently done with the Urban Art Walk and from March 2022 also with the urban Art Ride Düsseldorf.

It would be our wish for Düsseldorf to gain one or more walls at central points of the city. Since such areas are rather rare and it would be a pity to show only one artist permanently on it, our idea is to have such a wall in regular rotation, or to subdivide it and have different artists play on it.

Thus, the city of Düsseldorf and its citizens and visitors always get a new work of art, visitors can watch the artists creating their image, the wall is alive, a constant process. Examples from other cities are, for example, the Bowery Wall in New York or Rue Oberkampf and MUR12 in Paris.

The fact that the pictures can only be seen for a limited period of time creates an additional incentive to visit them, because otherwise you wouldn’t have seen them in “real” life, but only on a photo. Similar to visiting an exhibition. A curated wall of this kind, which is regularly reloaded, has the character of a museum in public space

One wall that we were able to win over for the concrete implementation of the idea is the S-Bahn Bilk underpass. The wall is located at the traffic junction Bilk, the first impression visitors of this district get when they come out of the S-Bahn or the streetcars. The Bilk S-Bahn station is especially for visitors from the left bank of the Rhine as an arrival and departure station. The road through this underpass brings many motorists directly from the highway into the city center.

The sections of the wall are to be redesigned at regular intervals. We think to present regional and international artists next to each other to include Düsseldorf artists and also to get acceptance for the project in the local scene. In this way, artists from the region will be shown alongside more well-known representatives of urban art and thus receive more attention beyond the city’s borders. The wall should also depict various artistic concepts and themes (figurative, abstract, painterly, graphic). Each new image can be opened with an event and communicated accordingly.

In addition to the wall visible in the photomontage, the columns in the underpass should be artistically designed. Another section of the wall is planned as a curated “Mini Hall of Fame.” Regional graffiti artists will design this section every two months. The selection of artists for this section will be done in cooperation with a local GraffitiShop.

The project is already in the planning stage in the city and it is planned to start concretely in 2022 after the completion of the construction work at the S-Bahn station. The city has pledged financial support that will allow the project to get underway and the wall surfaces to be graffitied for the first time. Sponsors and partners are currently being sought for the financing of a regular redesign of the sections. 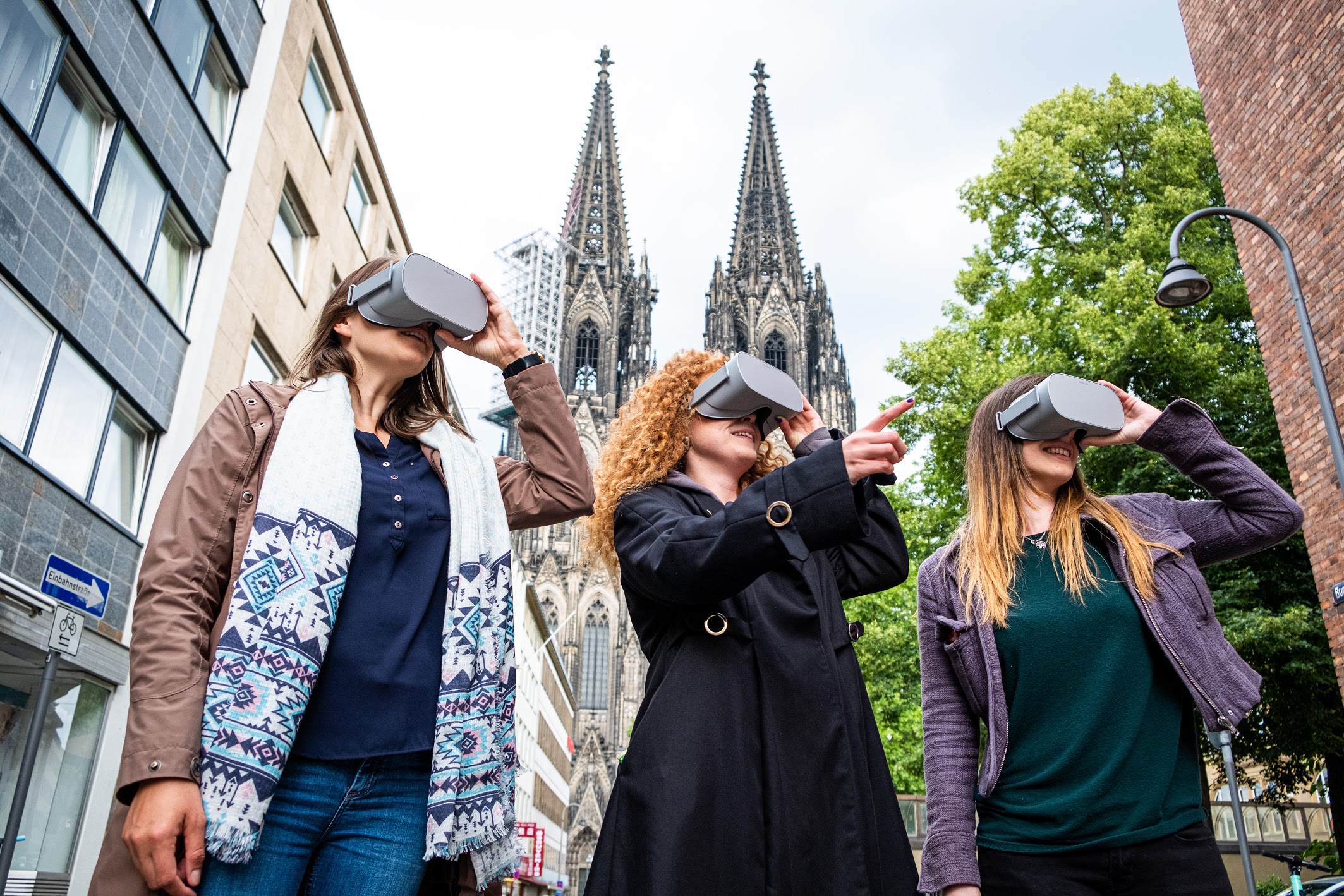 Since 2020, the company TimeRide offers a new kind of city tour, in which a personal guide leads in about 90 minutes to the highlights of the city. At six locations, the VR glasses help to experience various scenes from 2000 years of city history up close. For this, you stand at today’s real point of view and look through the VR glasses into the past – A perfect past-today comparison.

From the Roman border town to the metropolis of the Middle Ages, the outpost of French and Prussian rule, to the place of longing of the Rhine romanticism and the destruction in the Second World War. All of this left its mark on the city’s character and appearance.

Curious visitors interested in technology and culture now experience a special form of city tour that offers exclusive insights behind closed doors and into hidden places. 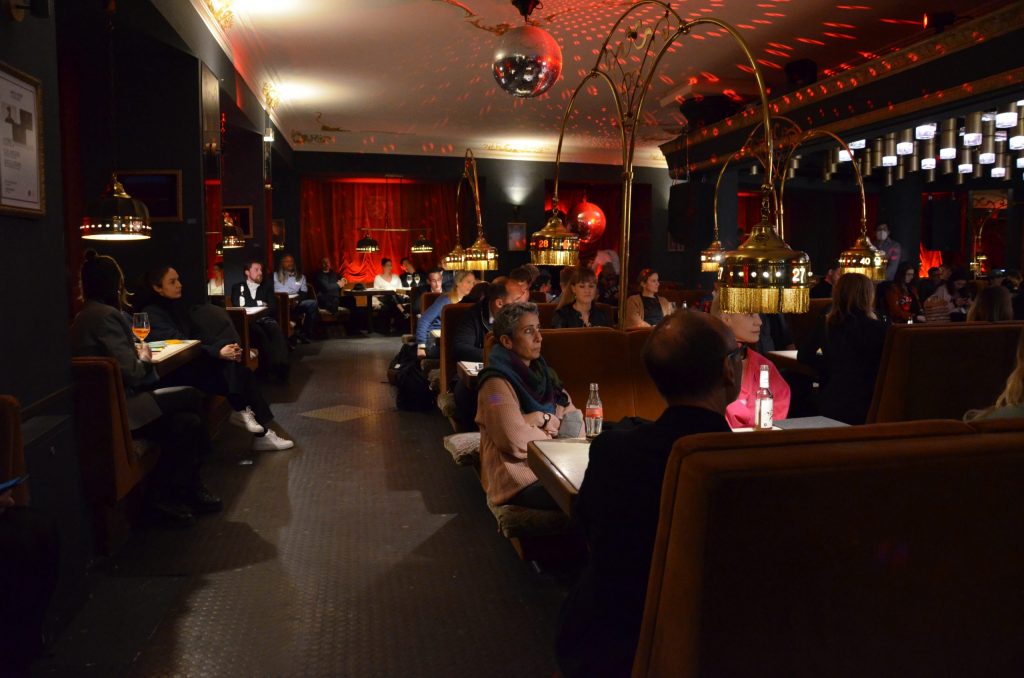 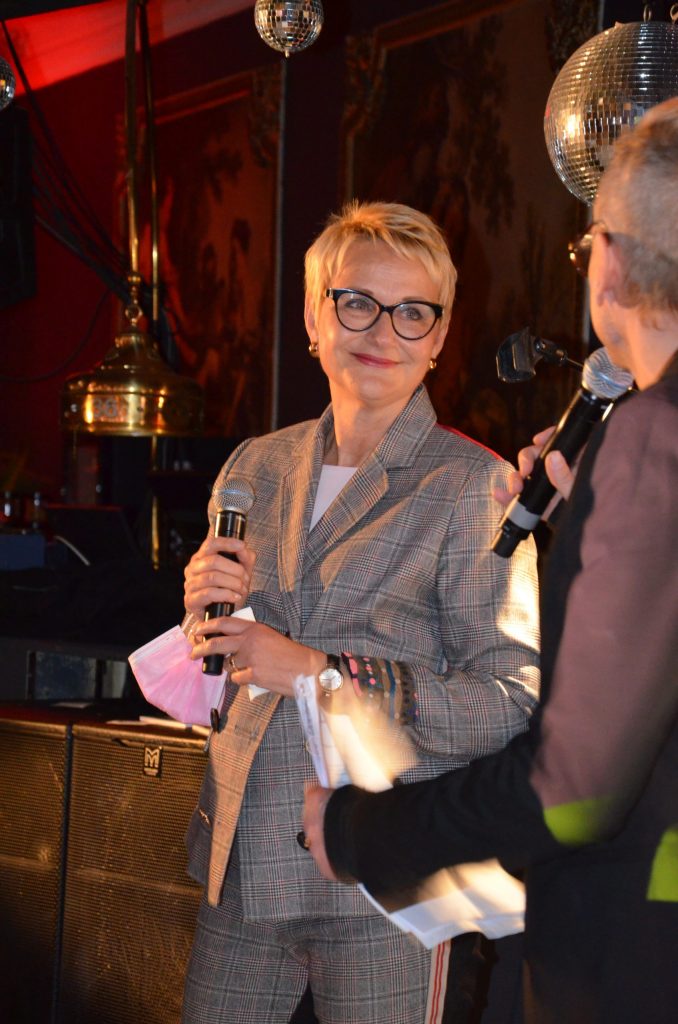 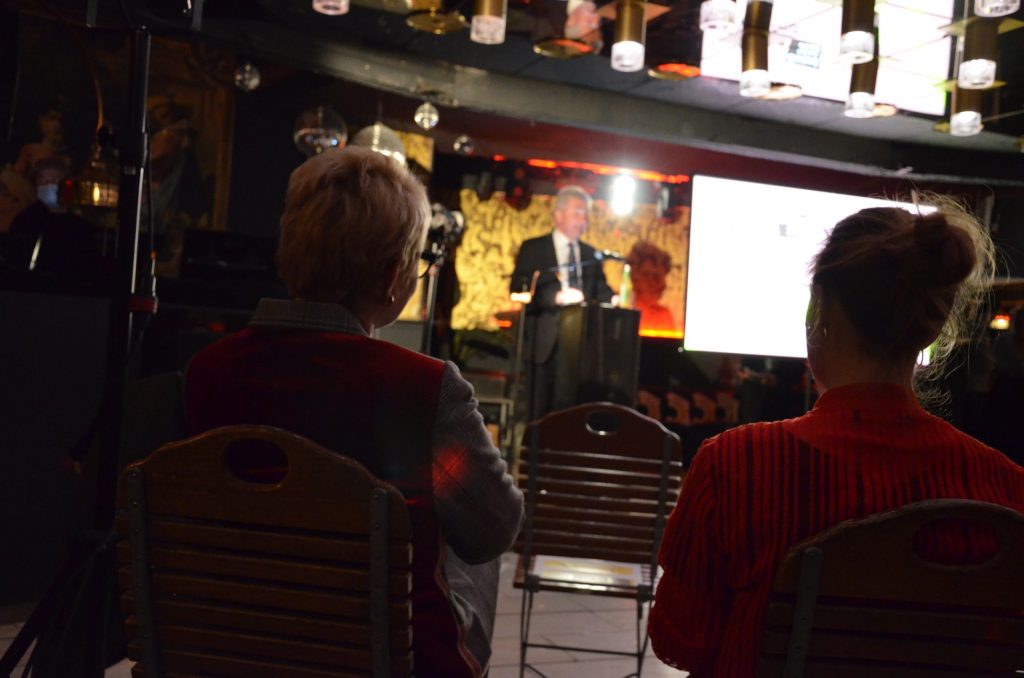 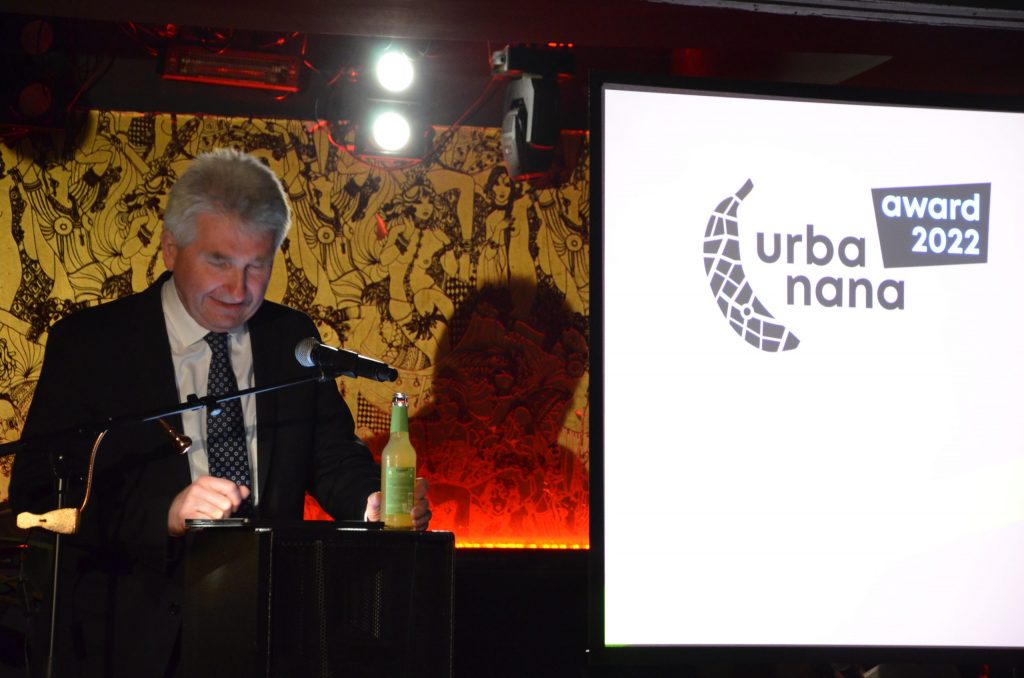 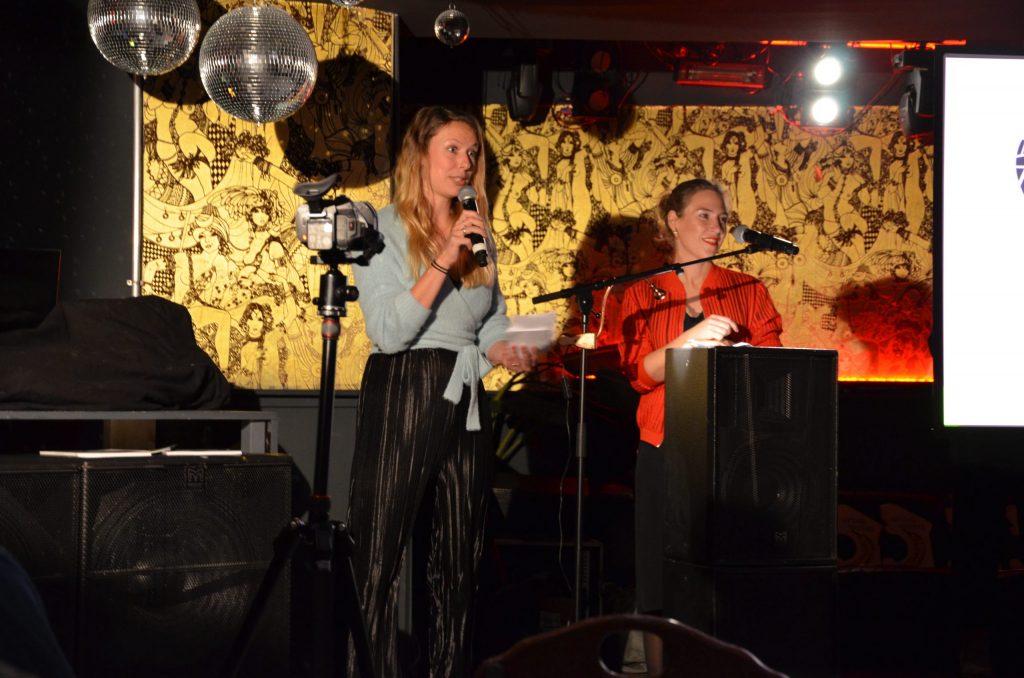 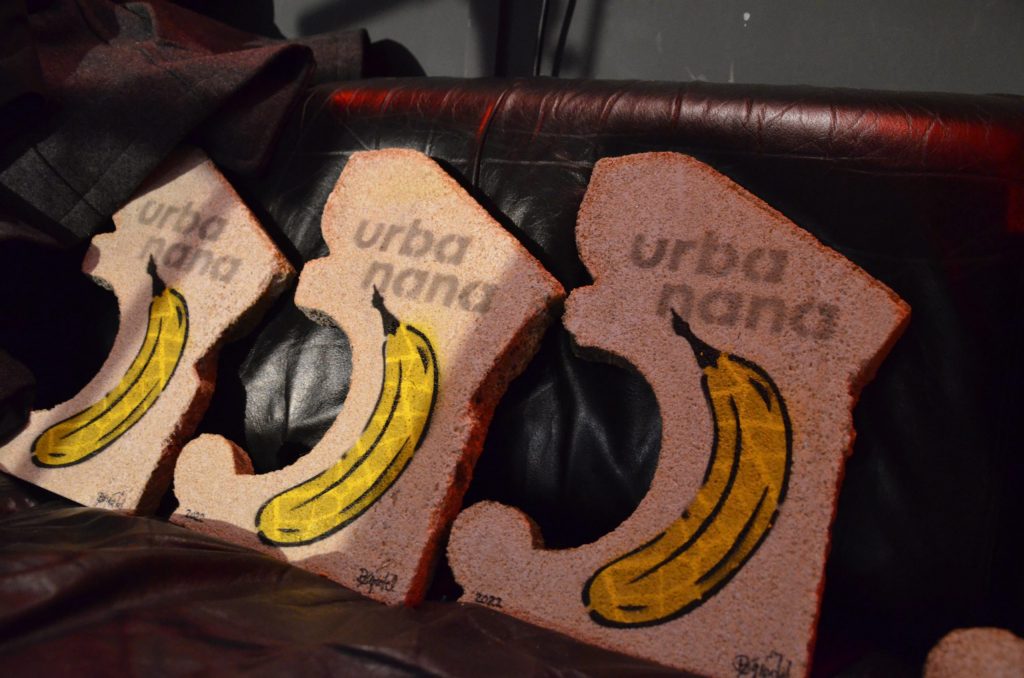