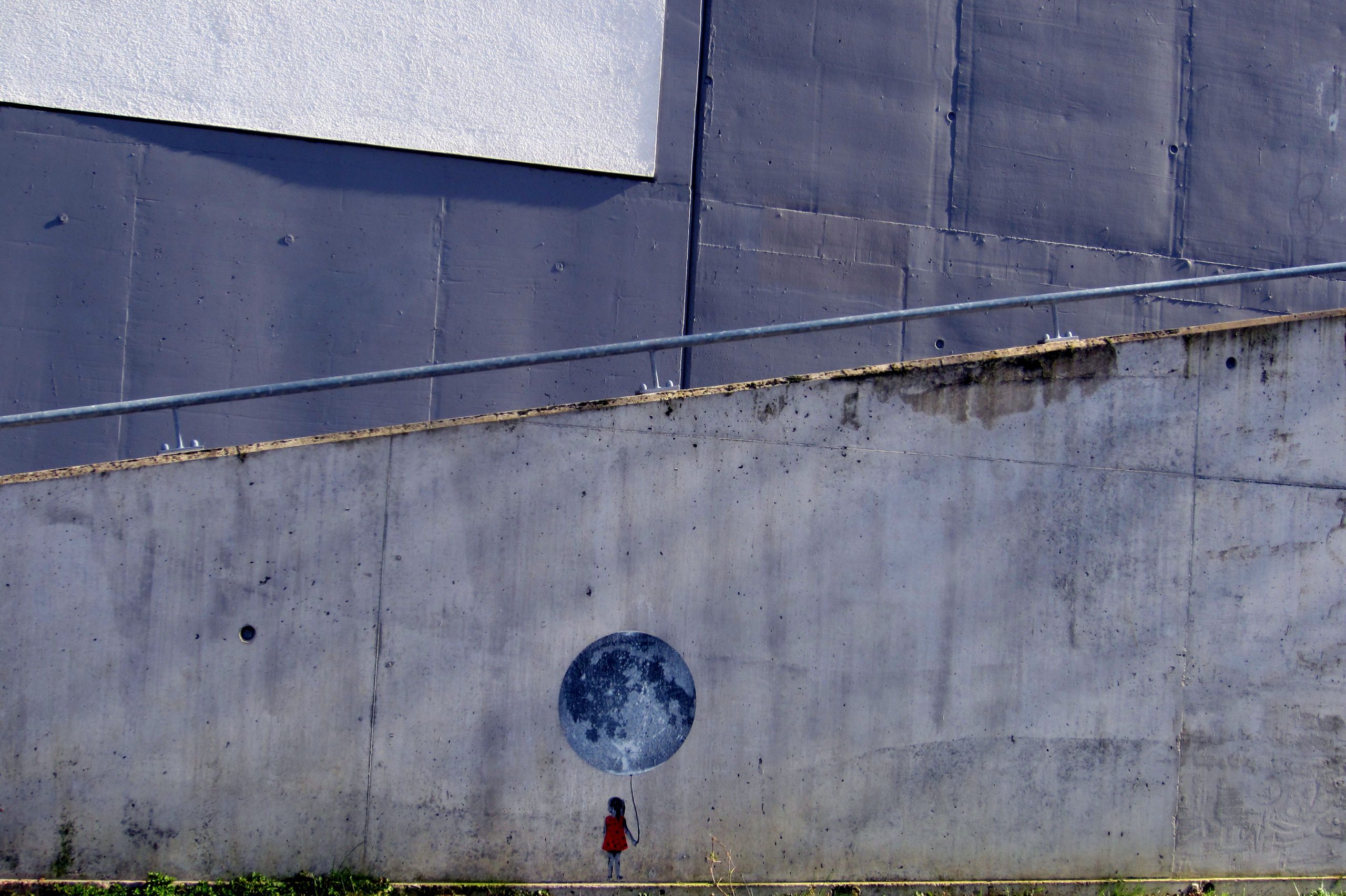 I met the moon girl

Street Artist seiLeise from Cologne has always presented his art under the open sky. During the coronavirus-related lockdown, he has now invented the “picture hunt”, inviting people to an artistic treasure hunt on a section of 19 kilometres between Cologne’s Stammheim sculpture park and the Severinsbrücke.

One Saturday in March, I am also hunting for pictures. Standing on the banks of the Rhine in Cologne-Mülheim, below St. Clemens’ church, I am looking out at the great river. The “Mülheimer Freiheit” street is close by, and there is actually an air of freedom spreading across the scenery. It feels as if the sea was just around the corner! A heavily loaded container ship is crawling upstream as if in slow motion. Gulls are screeching at the tops of their voices on the banks, and the sky above makes its own contribution to the successful day with a bright blue colour. The air is clear and cold. Many people are out and about on the banks of the Rhine. They cycle, run, walk, or skate. So far, I haven’t spotted any picture hunters yet. I cross underneath the Mülheimer Brücke and expectantly look around. “Fuck CDU”, someone has written there, surrounded by the usual tags and scrawls. 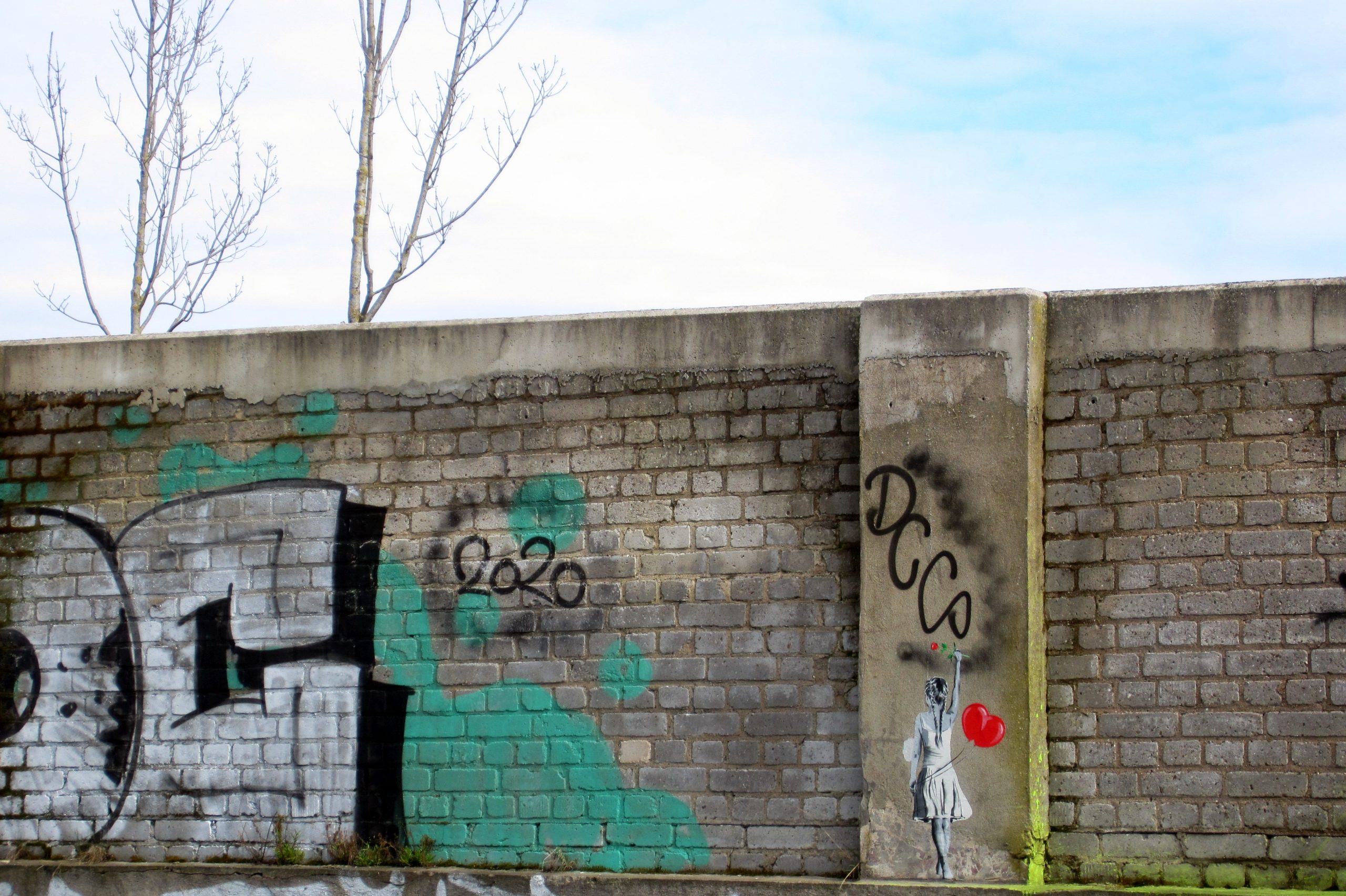 A door opener to the subculture

That is how Tim Ossege started out as well, once upon a long, long time ago. The man from the city with the famous cathedral first came into contact with graffiti as a teen. “It served as a door opener to the subculture for me,” he says. However, he’d never been particularly talented, nor sufficiently ambitious to keep up with it. It all stayed a rather small excursion for him at first as a result. After graduation, Ossege studied graphic design, though he quickly found that he didn’t wish to work in that industry. That was when “I rediscovered the subculture and its ideals for myself, finding my way to street art.” Today, the public space is his canvas and a habitat for his works at the same time.

Nevertheless, he usually starts his work in his studio, where he puts his motives on paper with stencils before cutting them out. Only then will he set out to apply them to walls, bridge piers, or junction boxes in a technique called paste-up. Ossege mostly stays on the right side of the Rhine in Cologne, in the area called the “Schääl Sick” (this is a common expression in the Rhineland referring to the right bank or also the “wrong side” of the Rhine). His art leaves its tracks outside of the cathedral city, too, however. “I leave pictures behind wherever life takes me,” he says. Among other places, that includes Hamburg, Porto, London, Bordeaux – and also Bielefeld. In the urbanana region, he visits Düsseldorf at times in addition to Cologne. The Apollinarisstraße in the Oberbilk quarter, for example, has one of his works. How long it will stay there is anyone’s guess. 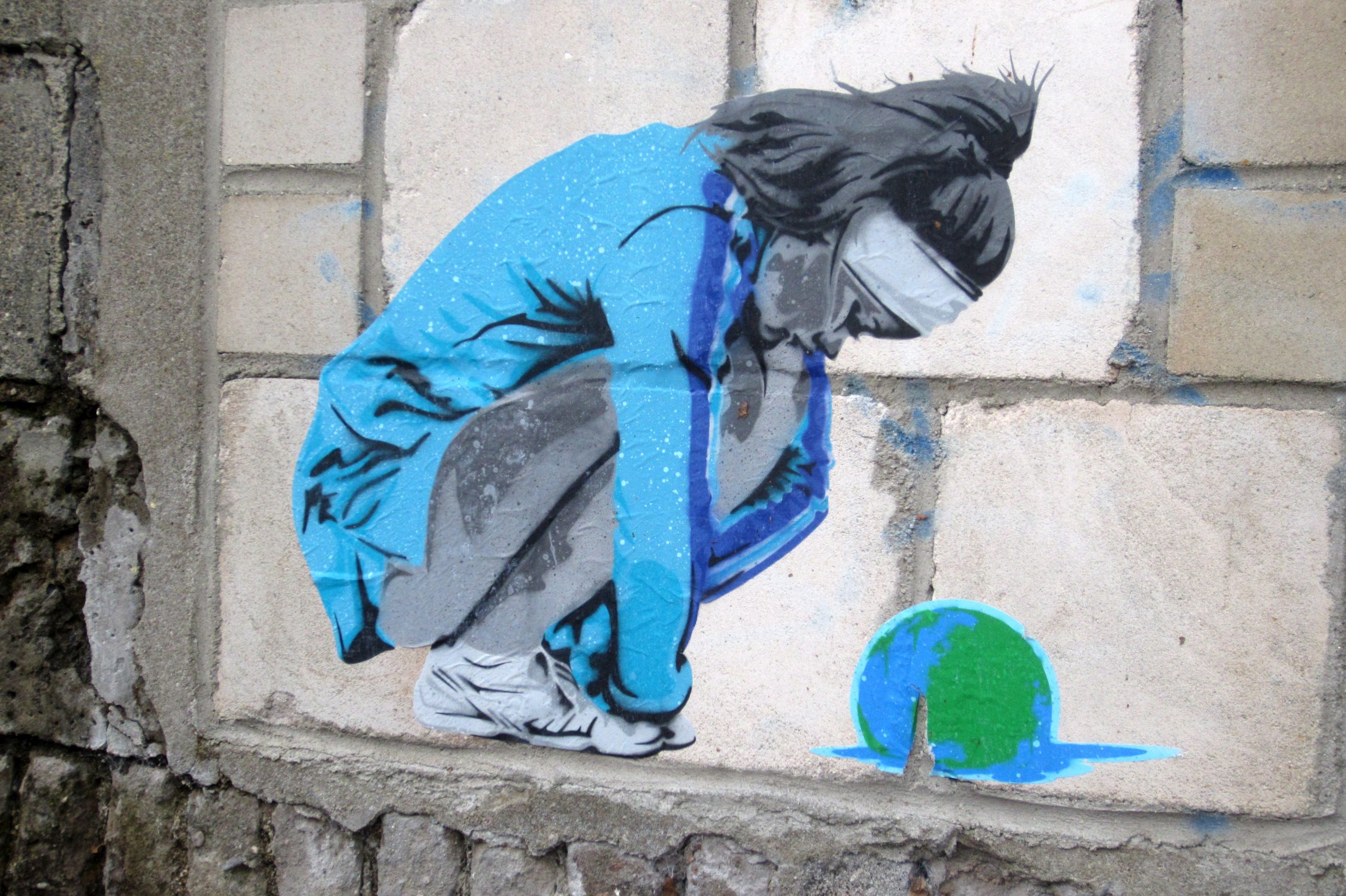 ”My work is transient. It’s never more than a temporary thing.

Engaging in the hunt

The “picture hunt” idea came up during lockdown, when all museums were closed and the hunger for art had grown accordingly. Since then, it has been possible to follow the tracks of seiLeise between the Stammheim sculpture park and the Severinsbrücke. The entire route spans 19 kilometres, with a core of about 7 between the Opalturm and the Zoobrücke – not counting any necessary detours.

An overview plan drawn up by Ossege and published on his Facebook page reflects the route, and also marks the approximate locations of the paper artworks. The artist wants to leave everything else to the picture hunters. After all, that’s part of the game. “I think it’s counterproductive if you know exactly how many works there are to find,” says Ossege. Some visitors feel successful when they find five pictures. “But if you know that there may be up to 25 on 19 kilometres, you might be disappointed by that in spite of having just spent a wonderful day along the Rhine.” Anyone approaching the matter expecting to have an experience served to them fully prepared and digested is likely to be disappointed, seiLeise warns: “You can either engage in the hunt, or you can stay home.” 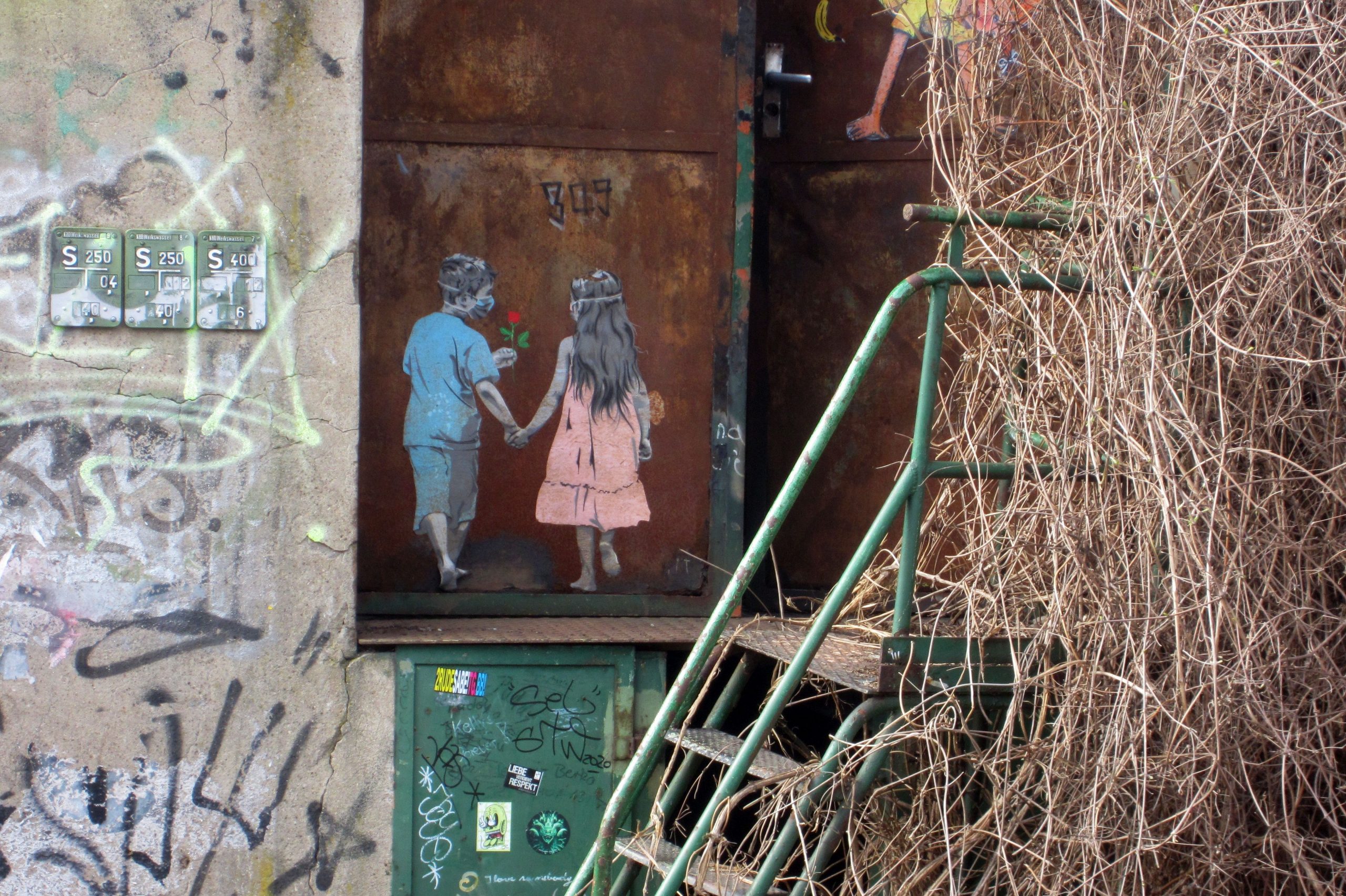 Rather than staying home, I have now strolled some way up the Rhine. Near the “Katzenbuckel”, a pedestrian bridge spanning the entrance to the harbour basin and connecting the Mülheim banks of the Rhine to a youth park, I spot the first work on a wall, half-concealed by a parking lorry.

It’s a girl with a paste brush, in the face mask typical for coronavirus times. The poster already glued on, originally part of Ossege’s work, however, has disappeared. The figure’s brush is incomplete now as well. Damage and destruction are part of his business, as the artist knows. “Once I set them free, I cannot control where my works go or what happens to them. I also don’t think that’s my job.”

Sometimes, the city’s disposal company AWB removes his pictures. Often, some fan or another wants to take home a genuine seiLeise. 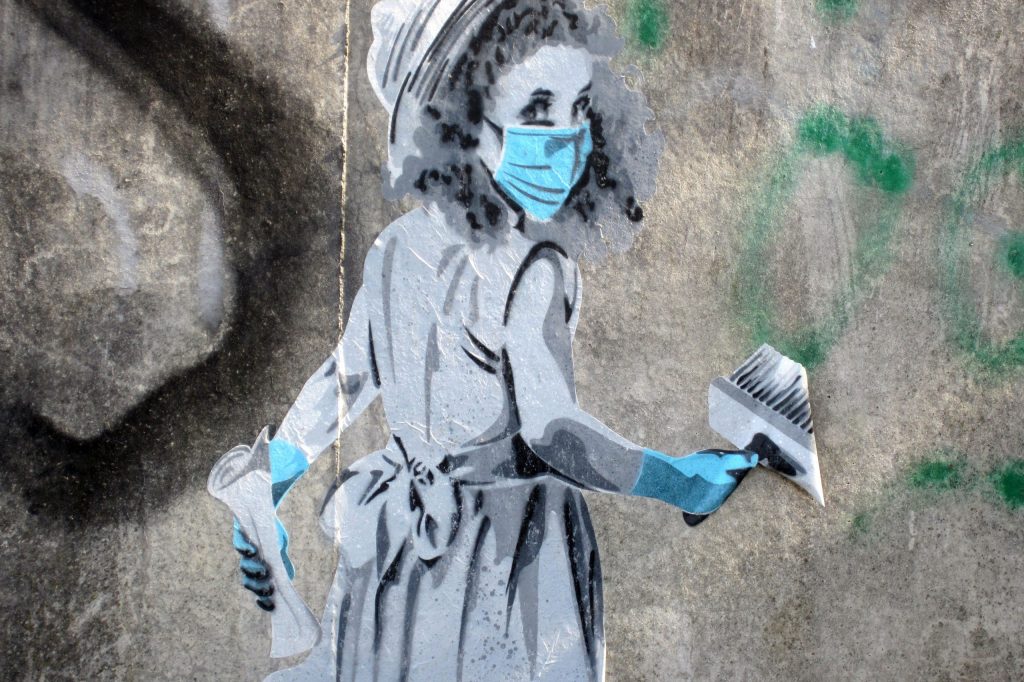 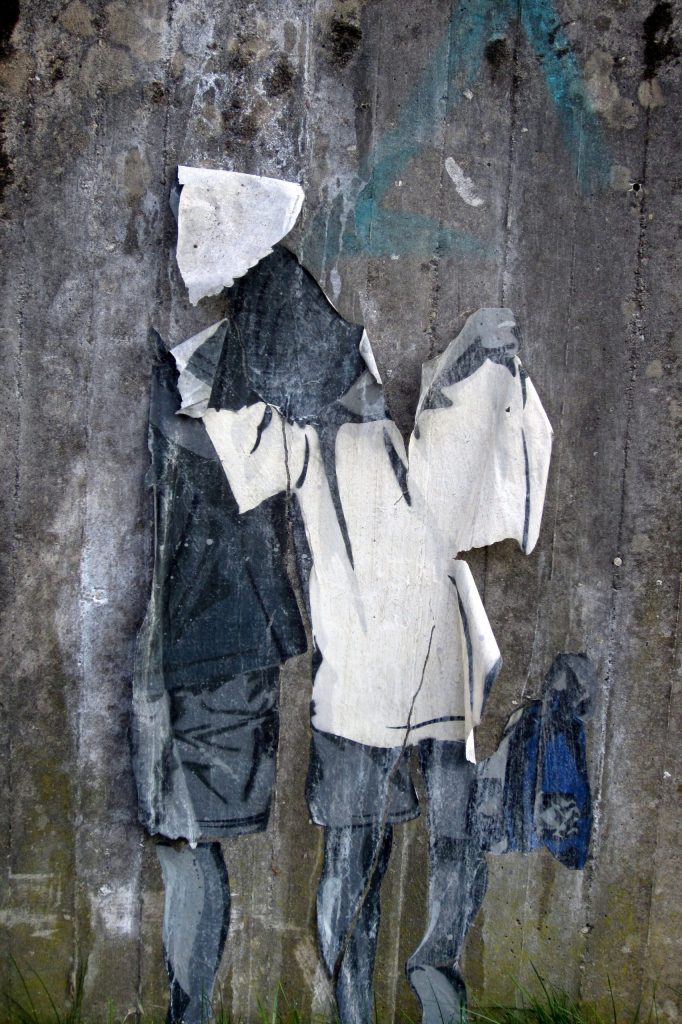 And, of course, there are some cases of wilful destruction. “If you can even talk about vandalising vandalism.” Now and then, Tim Ossege sets out to take stock. Where a work has disappeared or been destroyed, he marks it with a little camera icon in his overview plan.

The magic of the wren

Between the Katzenbuckel and Zoobrücke, my short visit to Cologne takes me to a number of further seiLeise works. I am deliberately refraining from giving numbers or disclosing the precise locations here, in order to avoid rendering the picture hunt moot for anyone who wishes to follow me. Let me just say that I met the moon girl, watched the fox with the yellow flower in its snout, and fell under the spell of the crowned wren. 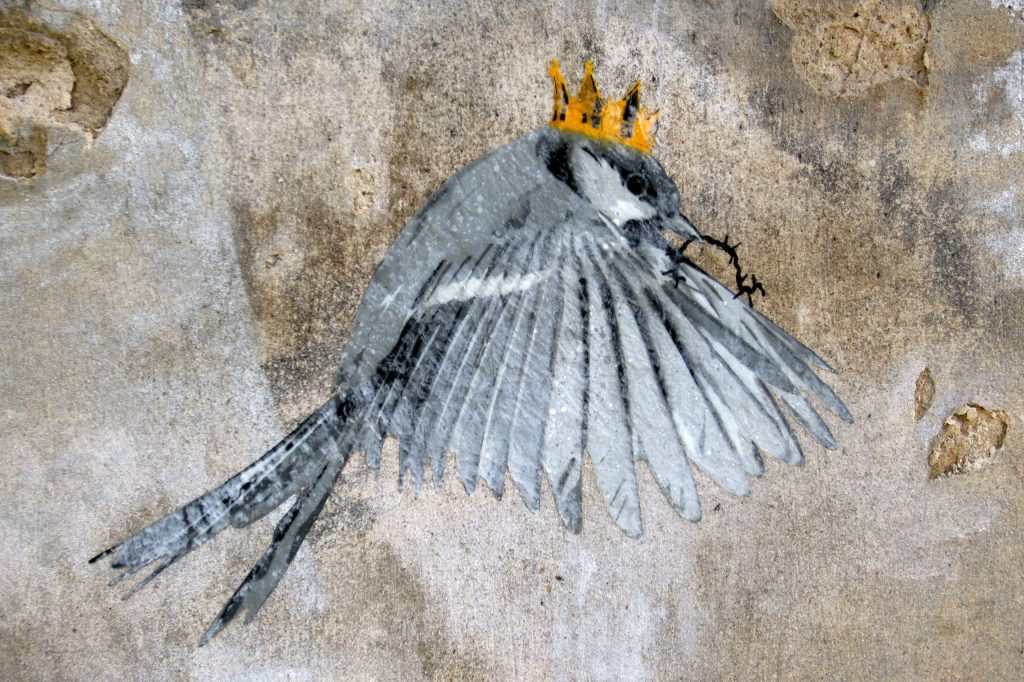 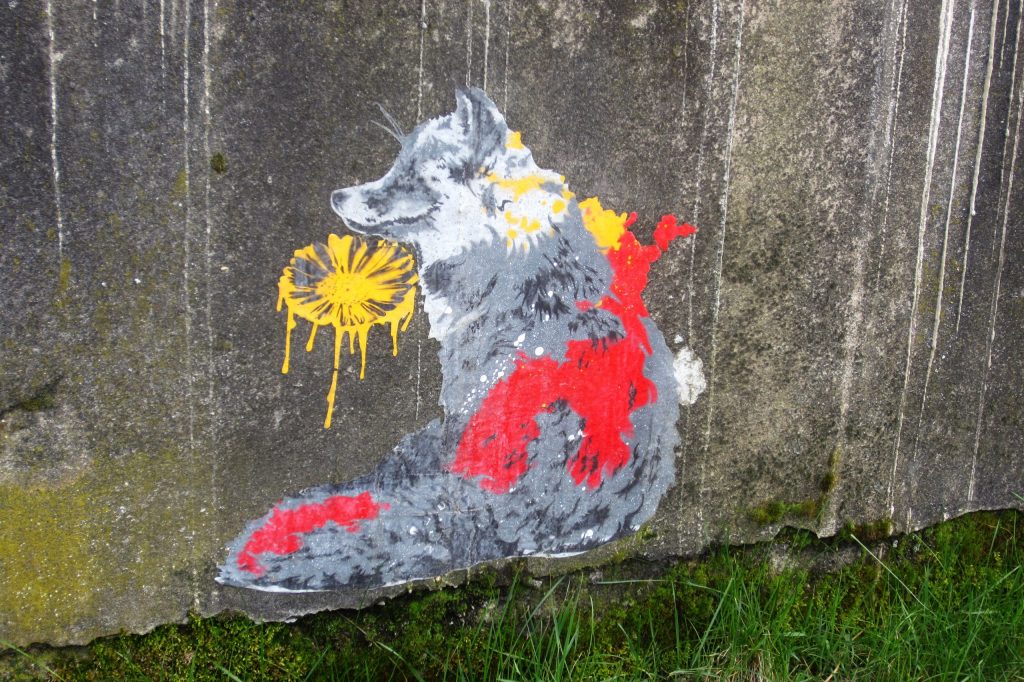 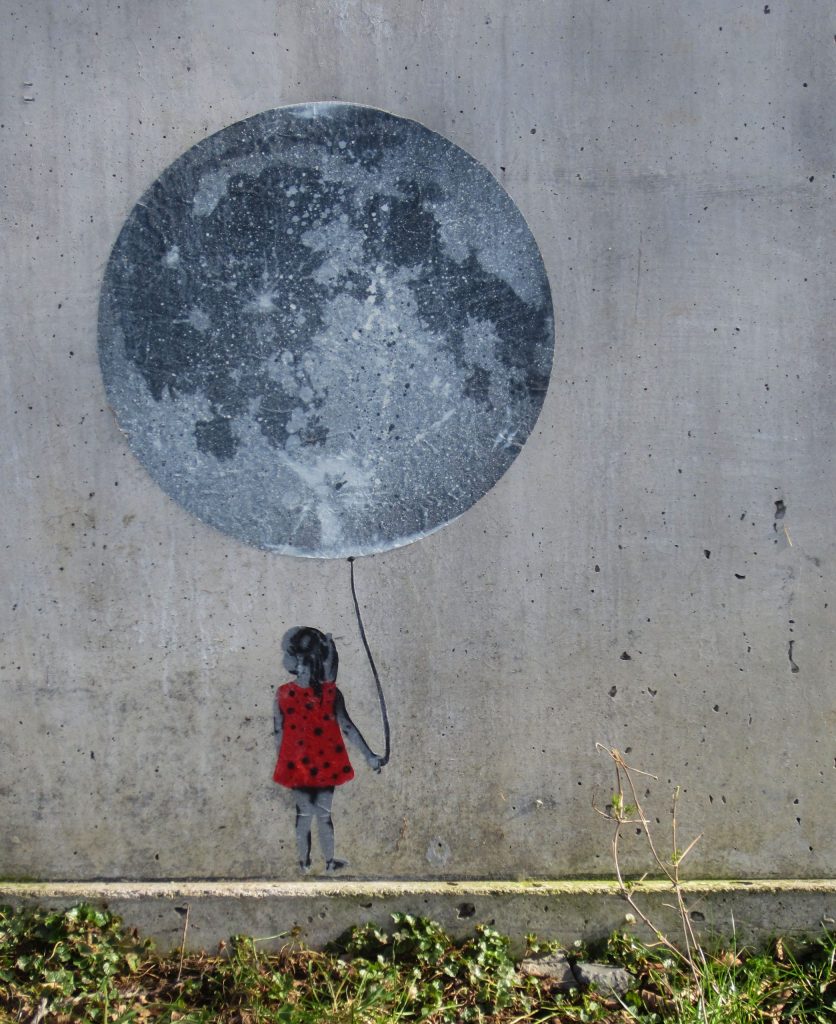 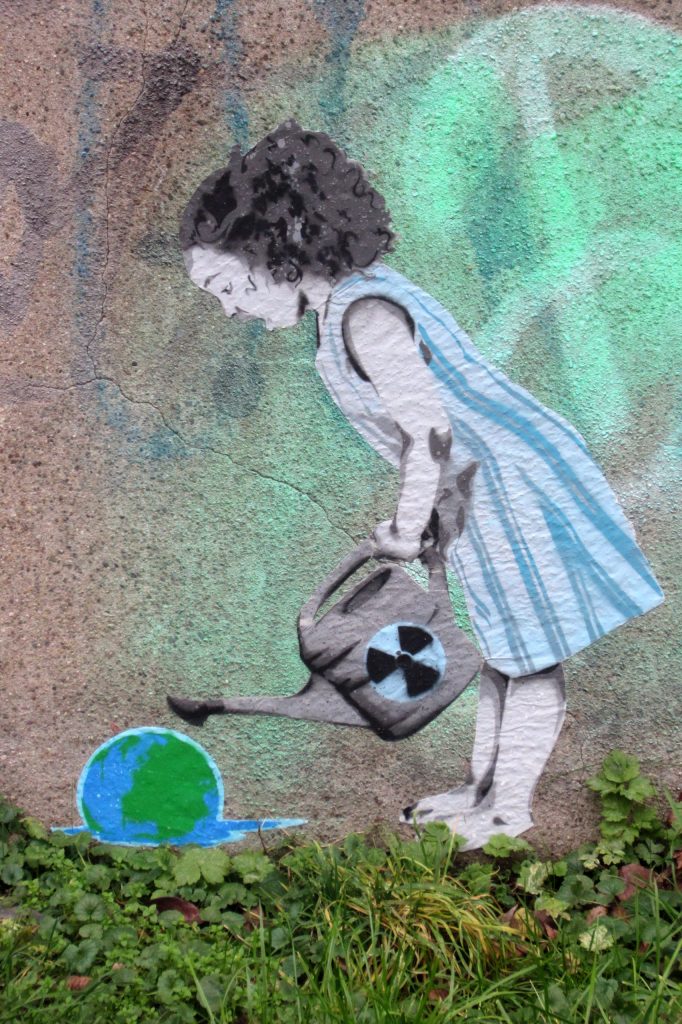 Current political and societal subjects usually serve as the basis for seiLeise’s art. Exceptions prove the rule: “Now and then, strictly aesthetic motives show up as well that contain no profound statements at all.” The latter were predominant among the works I discovered. My walk ended at the Zoobrücke, close to the Bootshaus, one of Germany’s most famous techno sites. Like any other club, it is currently resting in deep slumber. Of course, one can also start a “picture hunt” from here, walking downstream along the Rhine all the way to St. Clemens or even further, to the Opalturm or the Stammheim sculpture park. Let me finally mention two good places for a break along the route: the Anker 7 on Hafenstraße serves hot and cold drinks of all kinds as well as waffles and warm dishes. Café Jakubowski has long become an institution in the “Veedel”, supplying its guests with anything their bellies may desire. It’s located at the Mülheimer Freiheit, barely 100 metres away from the Rhine, by the way.